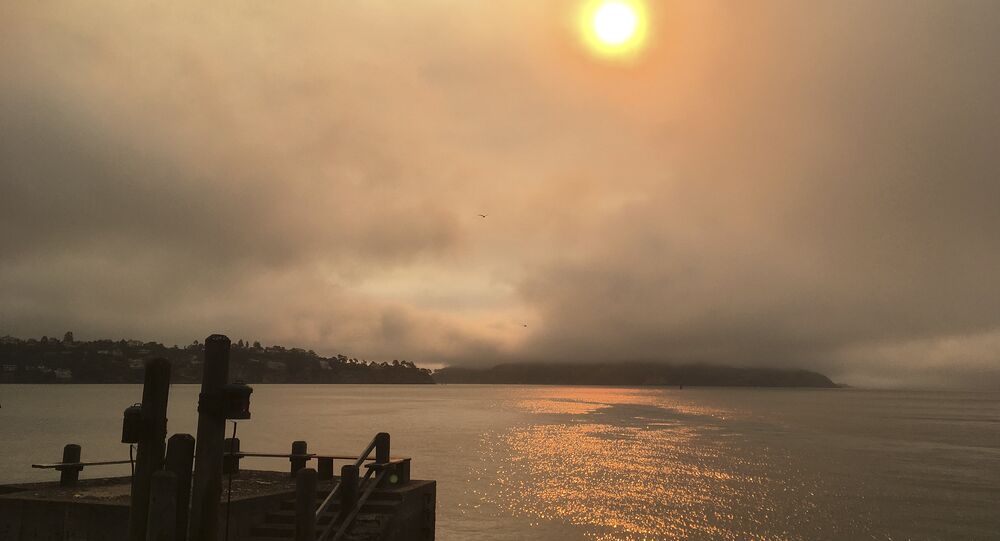 The hottest ticket on Earth right now is the realization that all-time heat records have been shattered around the world over the past seven days.

Many regions in the Northern Hemisphere, as well as areas in the Middle East and Asia have reported the hottest temps for those areas ever recorded.

© AP Photo / Geert Vanden Wijngaert
If May Couldn't Stand Heat of England Penalties, How Will She Handle Brexit?

The sweltering highs are a result of vast — and remarkably persistent — atmospheric areas of heat swirling around the planet's northern half.

While no single temperature record is directly attributable to global warming, collectively the statistics are consistent with heat extremes predicted by climatologists.

A persistent and massive heat dome has enveloped the eastern areas of North America in which heat and extreme humidity have caused notable all-time records, including a June 28 all-time high of 105 Fahrenheit in Denver, Colorado and a July 2 all-time high of 97.9 in Montreal, Canada.

Montreal's record included a midnight all-time high record for heat and humidity on that date, cited by the Washington Post

Current data forecasting suggests that the impressive dome of high pressure will be the strongest in the last 30 years for this time of the season.

In Europe, extreme high temps decimated much of the British Isles as roads and roofs buckled to the heat, cited by the Weather Channel.

Areas in Scotland saw the hottest temperatures ever recorded in that nation, including a June 28 91.8 high near Glasgow, and 91.2 in the town of Greycook on the same day, according to the UK Met Office, cited by the Washington Post.

Eurasia is also inundated with high heat over the past week as a result of another large high pressure dome, and the temps are extraordinary, including a July 2 high of 107.6 in Yerevan, Armenia a statistic that ties the highest-ever record for that area in that season.

The heat domes spinning over the northern hemisphere are adding to a wealth of statistics pointing to global warming, including an April reading in Pakistan for the hottest-ever temp recorded on the Earth's surface: 122.4 degrees Fahrenheit.

San Francisco, California, saw 106 degrees on September 1, 2017, plowing through its all-time hottest temp, and in July of 2017 Shanghai noted its highest temperature ever recorded at 105.6 degrees.

Want more? In July 2017, Spain saw the highest temperature ever recorded in that country at 116.4 degrees at Cordoba Airport and Death Valley, California, saw the hottest overall month ever recorded on Earth.

In June 2017, areas in Iran hit 128.7 degrees — the country's all-time hottest temperature — and in May 2017 the Pakistani town of Turbat recorded 128.3 degrees, a tie for the all-time highest national temperature and the world-record temperature for that particular month, cited by Wunderground.com.