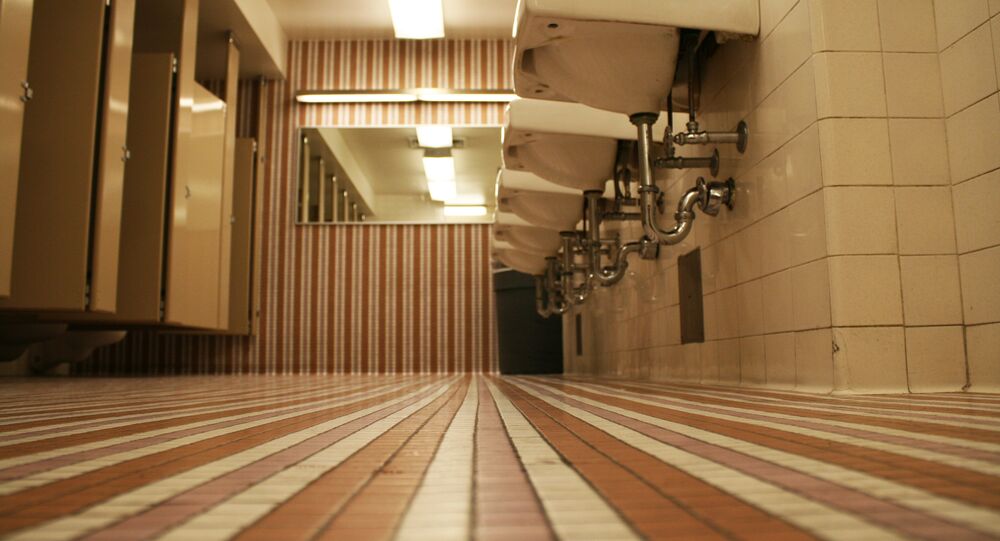 A microbiologist from the University of Leicester has come up with a comprehensive list of objects to steer clear of in public bathrooms to avoid deadly viruses and nasty infections.

According to Dr. Primrose Freestone, the greatest danger to health in public bathrooms comes from any objects or surfaces which people touch, as well as toilet water splashback.

In a recent article on the academic media site The Conversation, Dr. Freestone explained that the taps and handles in sinks, soap and paper towel dispensers and hand drier buttons are often bristling with bacteria which can make you sick, due to people who have just wiped their private parts touching these objects all day long.

© AP Photo / Petros Giannakouris
Twitter Breaks Out Toilet Jokes After Boris Johnson's 'Bog Roll Brexit' Remark
Furthermore, the academic warned that it's highly likely for the bathroom's main exit door to be seriously contaminated, since not everyone washes their hands.

What kinds of bacteria and viruses are these bathroom hotspots teeming with? According to Freestone, human waste can carry transmissible pathogens ranging from Campylobacter and Enterococcus to Esherichia coli, Salmonella, Shigella, Staphylococcus, Streptococcus and Yersinia bacteria, to viruses like norovirus, rotavirus, hepatitis A, hepatitis E and more. If infected, these viruses and bacteria can make a person seriously ill, and even be deadly.

To avoid these dangerous germs, Dr. Freestone recommends using a paper towel to turn off the tap instead of your freshly-washed hands, or using your elbow to activate the dryer. As for that dirty door, the academic suggests using an elbow, coat sleeve or tissue to open it instead of your hands.

"It also absolutely goes without saying that you do not eat, smoke or drink within a toilet stall. The same goes for using your mobile phone," the microbiologist added, admitting that for many the latter would be a hard habit to break.

Surprisingly, Dr. Freestone noted that contracting an infection from simply sitting on a toilet seat is actually highly unlikely, since "most intestinal diseases involve hand-to-mouth transfer of bacteria as a result of the fecal contamination of hands, food and surfaces." Furthermore, she noted that thankfully, our skin already has a layer of bacteria and yeast which guards us against these foreign viruses and bacteria.

However, there is something to look out for in the stall: the microbes in water droplets settling on the floor, stall door, toilet paper holder and toilet lid. "To avoid being misted by the toilet contents – which includes your germs and those of previous toilet users – it might be advisable to leave the cubicle immediately after you press the flush button," the microbiologist noted.