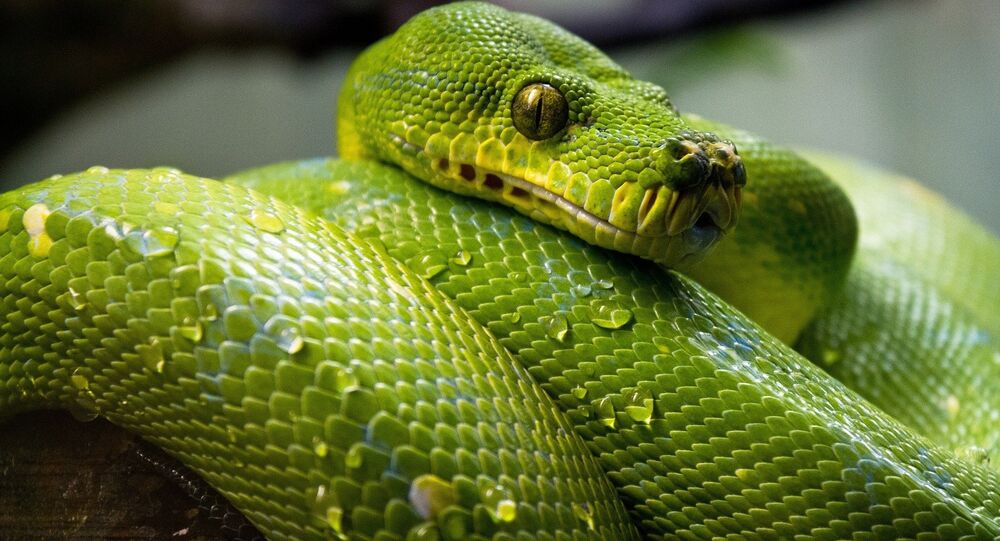 Seeing AND feeling a venomous snake slithering up your leg is surely a terrifying experience you will never be able to forget as long as you live.

China Gibson was untangling a wire underneath his car truck in New South Wales during the weekend, when the sight of a tiger snake’s tail dangling out of his trouser leg almost knocked him unconscious with terror.

“This f***ing great tiger, the dogs chase it up my leg when I'm not looking,” Gibson muttered in the video of the frightening encounter, which he somehow managed to film himself.

Well, you’ve really got to have nerves of steel, or be too hungry for publicity, to bother to grab a camera at a moment like this, don’t you think?

China Gibson clamped his jeans tight on the snake head to prevent it from biting him.

With no one around to help him out, he decided to deal with the situation himself.

Counting to three, he grabbed the reptile, yanked it off, jumped on his feet and ran scared.

The unnerving video Gibson posted on his Facebook on Sunday has already garnered more than 915,000 views.

Found in the southern regions of Australia, tiger snakes are an extremely venomous species whose bite can be lethal.