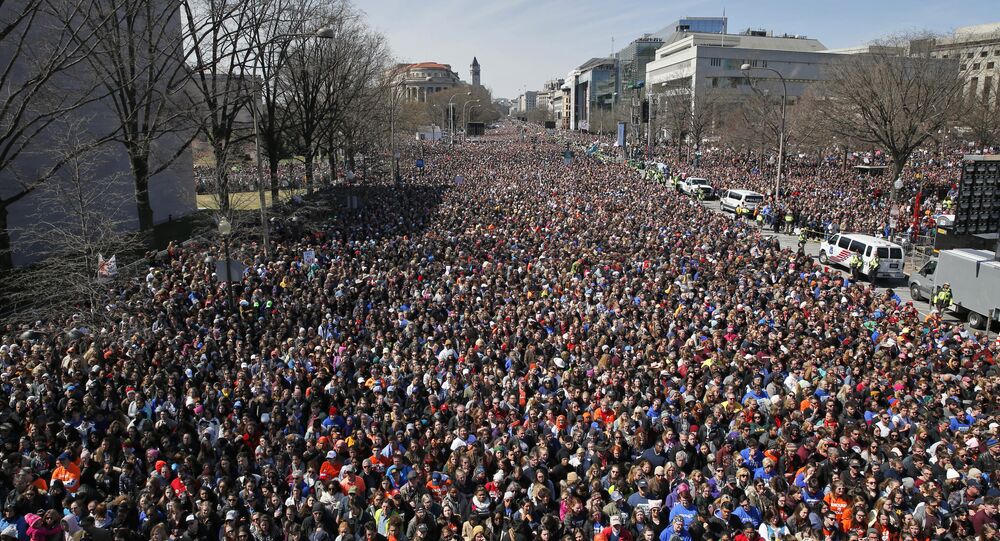 The Kids Are Alright: March for Our Lives Largest Protest Rally in DC History

In what is now being recognized as a turning point in America’s long and fractured love affair with guns, Saturday’s March for Our Lives has now gone on record as the largest single protest march in the history of the United States capitol.

Alongside demonstrations in over a thousand cities worldwide, Washington DC saw a crowd that early estimates place at over 800,000, putting the rally for common-sense gun regulation in America as the largest demonstration ever recorded in the capitol city, eclipsing the January Women's March, as well as 20th century marches protesting the Vietnam War and endemic racism in the US.

Early estimates and satellite photos put the attendance figure for March for Our Lives at some 800,000, well over the 500,000 anticipated by organizers and above the January 21, 2017, Women's March, as well as the 1969 demonstration against the Vietnam War, both of which were estimated at around half a million.

The 800,000 figure does not include marches, rallies and demonstrations held around the world in hundreds of cities, as attendees, tired of endless platitudes and non action from election officials regarding common-sense gun regulation, joined the March for Our Lives teenage organizers who were compelled to act after seeing 17 classmates and school staff shot dead by automatic weapon fire on February 14 in Florida.

Previous marches in Washington DC have brought enormous amounts of people seeking change at the legislative level, including the 1995 Million Man March — which sought to "convey to the world a vastly different picture of the black male," according to event organizers, while addressing endemic racism in the US against African American men. That march saw an estimated 450,000 to a million attendees, although those figures have long been in dispute.

Martin Luther King Jr.'s iconic ‘I Have a Dream' speech was given at the March on Washington for Jobs and Freedom on Aug. 28, 1963, to an estimated 250,000, according to historians.