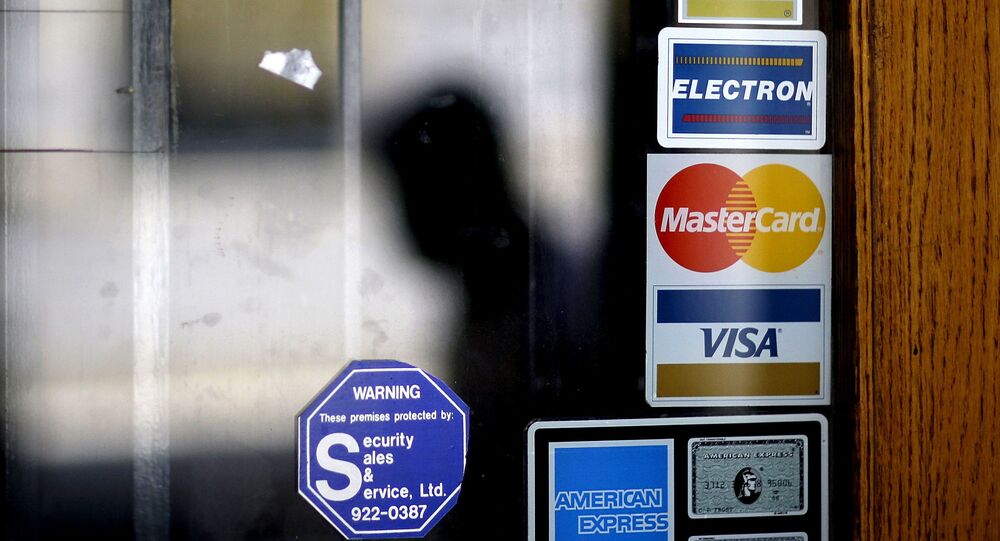 For the first time in history, consumer credit card debt in America has risen above the benchmark $1 trillion measure, according to Washington DC-based online personal finance website Wallethub.com.

According to the personal finance website, US consumers added $92.2 billion to US credit card debt in 2017, the highest one-year increase since 2007.

Wallethub.com asserts that the average US household owes some $8,600 in credit card debt, cited by Abcnews.go.com.

A senior analyst at the personal finance website put a positive spin on the eye-opening statistic, suggesting that the rapid rise of debt was simply a result of economic confidence by Americans.

"We haven't seen anything like this," the Wallethub.com spokesperson claimed, adding, "consumer confidence is at its highest point. Since the [2008] recession, people have been saving up for houses, cars… new furniture and appliances, which often get charged on credit cards," cited by Abcnews.go.com.

At the tail end of 2017, during the final fourth quarter alone, Americans added a whopping $67.6 billion in debt, as the total figure represented by debt defaulters — referred to in financial jargon as the ‘charge-off' rate — hovered at a historic low.

"People are spending so much more than they have. They cannot keep up with the bill," warned the Wallethub.com spokesperson.

According to credit reporting agencies, the average credit score for Americans in 2017 is 675, four points below the 2007 figure.