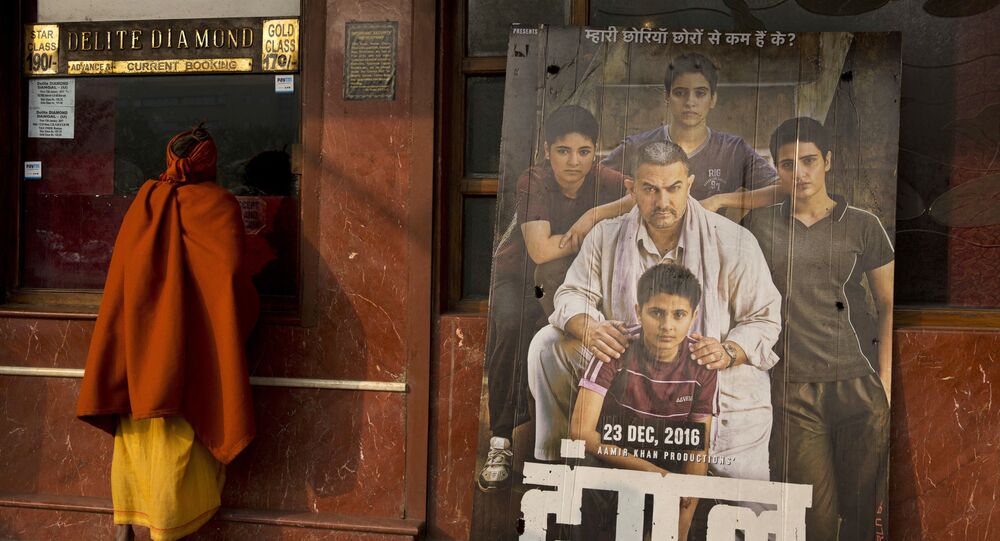 Giving up all worldly possessions in pursuit of spiritual enlightenment some of India’s Sadhu monks display feats of physical strength many of their less spirited fellow males can only dream of.

One Sadhu, a holy person in Hinduism and Jainism, used his penis to pull a van in a stimulating show of spirituality during the Magh Mala festival annually held in India’s northern city of Allahabad.

Each year hundreds of thousands of Hindu pilgrims gather on the banks of the Triveni Sangam where three holy rivers – the Ganges, Yamuna and Saraswati – converge during the Hindu holy month of Magh.

© Photo : Youtube/ New China TV
Shaolin Monk Shows Extreme Level of Body Armor
Sadhus reject worldly life in pursuit of spiritual enlightenment. They lead a life of celibacy, ascetic yoga, and search for enlightenment and wander from place to place, surviving off alms and the goodness of others.

Renouncing material possessions, some of the Sadhus even go naked and perform feats of physical or mental strength which they believe can break the cycle of reincarnation.

One Sadhu became famous by lifting a 35 kg (77 lbs.) brick with his penis at a fair in Pushkar.

Sadhus are revered by Hindus as representatives of the gods. Being a Sadhu is one of the stages of life a person is expected to pass through.