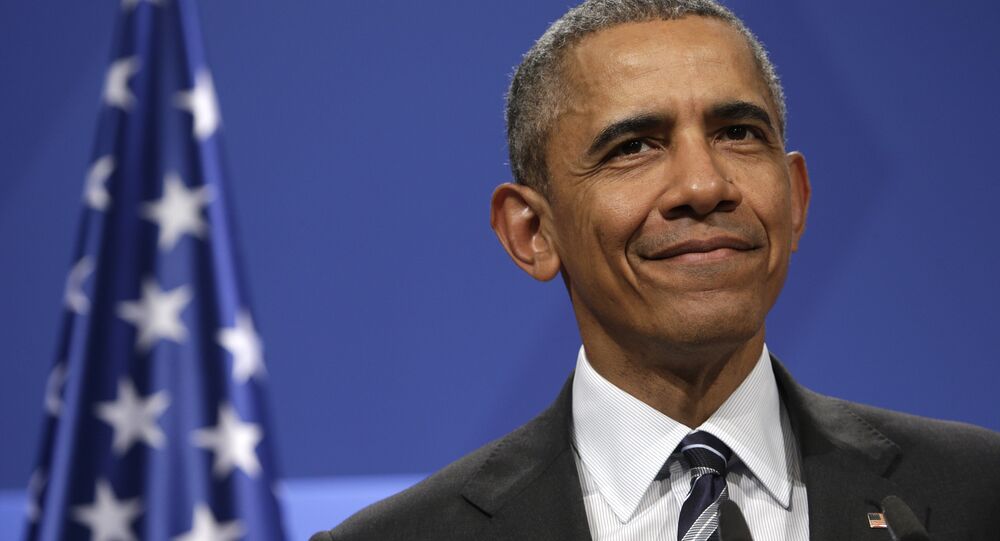 A predominantly black public elementary school in Mississippi named after the president of the US Confederacy is opting to change its namesake in favor of honoring the first black president, Barack Obama, instead.

The prospect of changing the "Davis" portion of Davis Magnet International Baccalaureate Elementary School to "Barack Obama" was introduced by a student.

"They know who [Jefferson Davis] was and what he stood for," Janelle Jefferson, the school's PTA president, said at a school board meeting Tuesday. "This has a great impact on them, because [Obama] is who they chose out of anybody else they could. This is the person that the whole school supported — he was their number one choice."

Giving the entire school community a chance to pitch name ideas, parents, students and school staff were given two weeks before submitting their final vote on October 5. Students from every class did research and presented their candidates at an assembly prior to the vote, NBC News reported.

© CC BY 2.0 / Edward Stojakovic / Confederate Flag
University of Maryland Band Stops Playing State Song Over Pro-Confederate Lyrics
According to the school's policy, buildings have to be named after "persons of good character and prominence who have made outstanding contributions to the school system."

"Jefferson Davis, although infamous in his own right, would probably not be too happy about a diverse school promoting the education of the very individuals he fought to keep enslaved being named after him," Jefferson later told board members.

Ninety-eight percent of the students who attend the institution are black, according to The Clarion-Ledger.

"When you realize who this school is named for, I think that it's a positive thing to be a part of this movement," Jefferson said. "We want what's best for our kids — we want our kids to identify with persons who they can relate to."

The official name change will take effect in the next school year.

‘A Clear and Present Danger’: NY Landlord Sues Over Confederate Flags in Windows