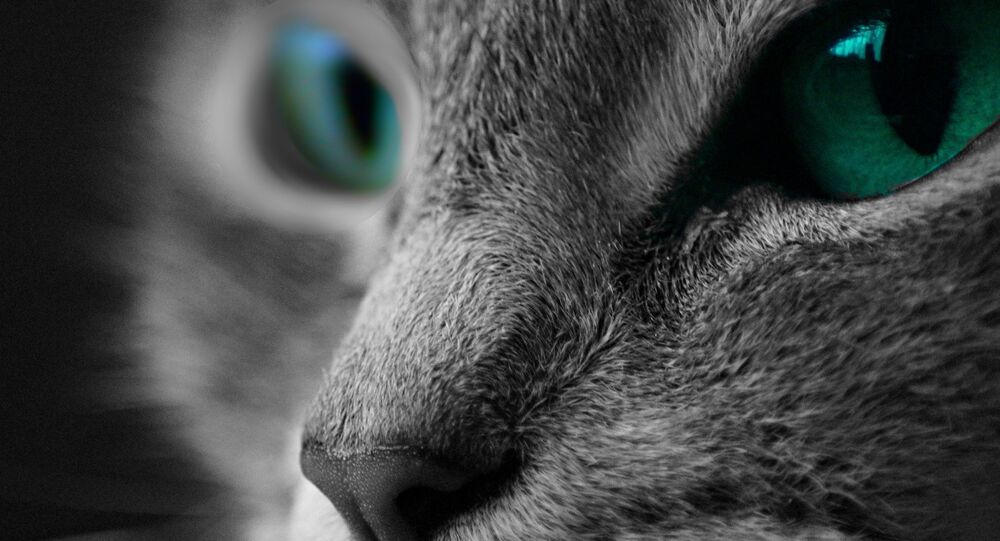 Sure, there's more than one way to skin a rat, but in Washington, DC, some officials are going old school and teaming with a certain fuzzy feline: feral cats.

© CC0 / Pixabay
Ratatouille Gone Wrong: French Mayor Eats Rat After Losing Football Bet
Working in conjunction with District of Columbia Mayor Muriel Bowser's Rat Riddance program, the nation's capital will be enlisting cats though the Blue Collar Cat program to track down and kill the Mickey Mouses and Ratatouilles of the underground.

"My position [on the cats] is if it works, that helps us," Gerard Brown, manager of DC's rat control program, told the National Geographic.

Launched in January by the Human Rescue Alliance, the Blue Collar Cats program is simple. The group first acquires the cats, neuters and vaccinates them, and then releases them back into the district's concrete jungle.

If local establishments want to participate in the effort all they have to do is reach out to the group and hire one of the cats — the only requirement is that the business or homeowner agree to provide cat food and outdoor shelter.

With the program in effect now for several months, some residents and local businesses have seen positive responses.

"We used to use a lot of traps and poisons, and it never worked," K.C. Pierce, who enlisted a Blue Collar Cat dubbed "Barley," told Nat Geo. "With the cat it's 100 percent. I haven't seen a rat since we got the cat."

According to the Washington Post, the Health Department's data shows that the Federal City is at a four-year high when it comes to rats. A total of 3,286 calls reporting the trash divers have been made in 2017 — an increase of 64 percent since 2015.

And yet, in the never-ending argument over whether dogs rule and cats drool, these feisty pussy cats might have some competition. Over yonder in the Big Apple, the city enlisted the help of the Ryders Alley Trencher-fed Society, a pack of hunting pooches known as R.A.T.S.

"A trained dog can kill four to five rats in a minute," Richard Reynolds, who organizes the group, told the wildlife outlet. "Sometimes when the dogs make a good catch, we get a standing ovation from the crowd."

Staffed with 65 participants, R.A.T.S. is a "an eclectic group" of people "bound together only by their devotion to terriers and other breeds of dogs that were originally bred to seek and destroy vermin," the group's Facebook page reads.

Thought the New York City group has received some backlash from PETA, they stand by their efforts to eradicate the city of the pesky trash scavengers.

Cats on Tracks: A Ride Aboard the Japanese Feline Train Cafe