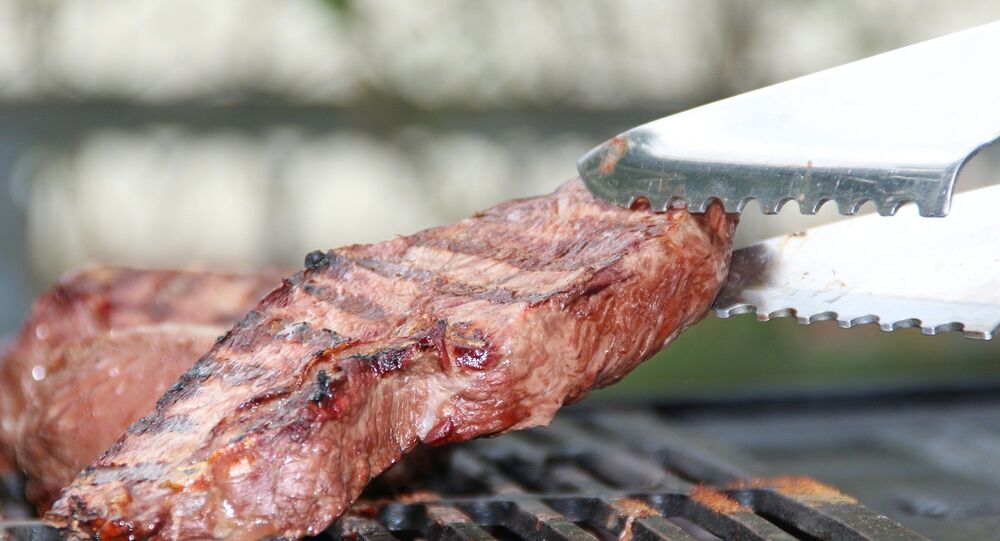 A team of UK scientists has discovered that certain cells in our brains react to amino acids contained in certain foods in a way that makes us feel fuller. This discovery could prove a significant breakthrough in the battle against obesity.

A group of UK scientists has discovered that certain foods can make us feel fuller than others, thanks to special brain cells called tanycytes. The team of researchers from the University of Warwick was able for the first time to point out exactly which brain cells detect nutrients in food and contribute to the feeling of satiety.

Tanycytes have been known for a while, but their role in satiety wasn't clear. However, when the Warwick researchers infused mice brains with lysine and arginine (two essential amino acids found in almost every protein), they saw tanycytes react within some 30 seconds.

"The tanycytes detected the amino cells and sent signals to the brain center that controls appetite and body weight," a report by Reliawire reads.

The discovery was made possible because the researchers made the amino acids fluorescent.

"More specifically, the authors explain, it was known that tanycytes are able to detect glucose in the cerebrospinal fluid, but the new research shows that essential amino acids can activate these neurons and make us feel less hungry," a report on the research in Medical News today says.

© CC0 / Pixabay
Smile Even Though Your Arm Is Aching, Study Says It Will Boost Your Flu Jab
Consequently, the researchers discovered that amino acids are normally detected by the umami taste receptors, i.e., those that detect monosodium glutamate or MSG, the much-beloved and criticized taste enhancer. By blocking or removing those receptors, the scientist found they could make the tanycytes stop responding.

So what, you might ask? Well, some foods contain more amino acids that stimulate tanycytes than others.

According to Reliawire and online diet websites, some of those foods are pork shoulder, beef sirloin steak, chicken, mackerel, plums, apricots, avocados, lentils and almonds.

Eating these products would make you feel full sooner, so that you're going to eat less — or at least that's the idea.

"Finding that tanycytes […] directly sense amino acids has very significant implications for coming up with new ways to help people to control their body weight within healthy bounds," says Nicholas Dale, professor of Neuroscience at Warwick.

This discovery may — in theory — lead to the development of the magic ‘hunger pills' that would make your brain feel as if you'd just had a great meal. Considering two thirds of the UK's population struggles to some extent with obesity, according to the Telegraph, such a remedy might be a best seller. However, more research is needed.

"A more detailed understanding of how food intake and energy expenditure are determined in the brain may lead to the development of new strategies for overcoming the obesity epidemic and other metabolic disorders," the researchers conclude.