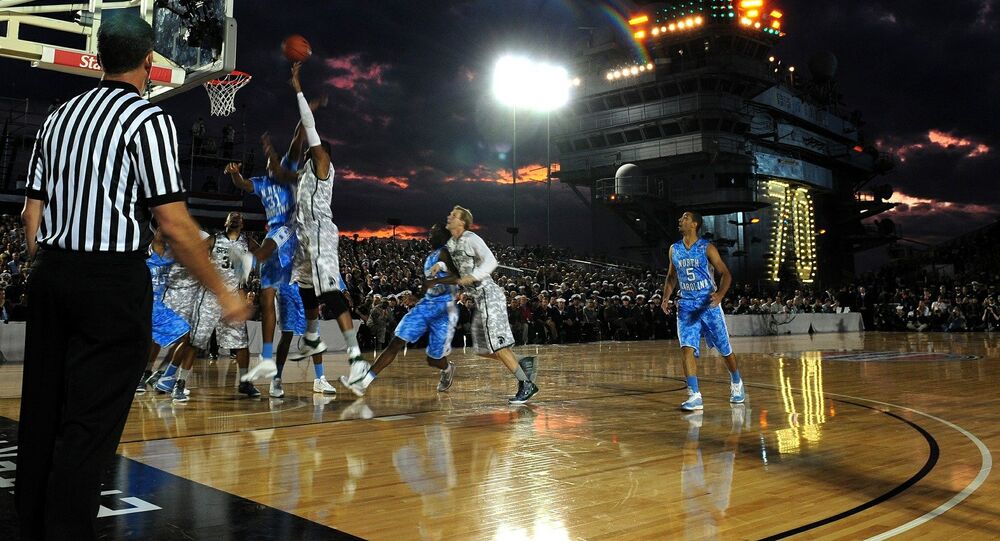 All Day I Dream About... Bribes? US College Sports Engulfed by Major Scandal

US federal law enforcement officials have arrested a number of individuals, including basketball coaches and Adidas' global head of marketing, as part of a corruption probe - it's not the first time US sports has been beset by a major outrage, and it won't be the last.

The Federal Bureau of Investigation (FBI) has shaken the college sports world by arresting four college basketball coaches, the global marketing chief of Adidas, and several others.

The FBI alleges the individuals were involved in an ongoing scheme including bribery, solicitation of bribery, honest services fraud, wire fraud, money laundering, and criminal conspiracy.

FBI official just warned coaches, runners, managers, etc., "We have your playbook." This is an ongoing investigation.

Today is uncharted territory for college basketball. The sport has seen coaches suspended and fired, but never an FBI investigation.

In essence, the FBI alleges the suspects paid bribes and kickbacks to amateur athletes, their families, and college coaches to induce those athletes to choose Adidas schools, then hire certain agents and advisers, and sign an Adidas sponsorship contract upon graduation. The sums involved were often sizable, with US$150,000 being given to the family of one athlete alone.

The scheme was a systemic effort, with some coaches involved asking the Adidas executive and others involved to push certain recruits toward signing with their schools, and the alleged participants not only inducing players to enlist at specific schools, but also seeking to ensure they did not sign with other schools.

The identities of every individual involved are not yet known, but named individuals include assistant coaches at Auburn, Arizona, Oklahoma State, and Sunshine Coast Universities. Public actions by other educational institutions suggest their staff were involved too — Louisville University has fired two staff, for instance. Sunshine Coast has gone as far as hiring a firm run by former FBI Director Louis Freeh to conduct an investigation into the scandal.

FBI is taking aim at the AAU circuit. About damn time. https://t.co/I3wwm2AXMR

The FBI is continuing its investigation, suggesting yet more examples of the criminal conspiracy in action will emerge in due course. Given the vast sums of money circulating in sports, such scandals are almost unsurprising — and given basketball is but one sport among many in the US college athletics landscape, it is perhaps a mere matter of time before football and other sports are similarly scrutinized by authorities too.

Other major scandals have engulfed US college sports in years previously, perhaps most notoriously the Penn State child sex abuse scandal that broke in 2011. Jerry Sandusky, a former assistant football coach for the Penn State Nittany Lions, was charged and convicted of multiple counts of sexual abuse of children. Also implicated were several Penn State University officials, whose actions did not meet ethical, moral, and legal obligations in reporting suspected abuse.

Sandusky Sentenced in Latest High Profile US Sex Abuse Case
Sandusky had located and groomed victims through his charity organization, The Second Mile. He was indicted November 2011 on 52 counts of child molestation, with charges dating back to 1994 — although officials suspect his abuse may have begun in the 1970s. Three school officials were also charged with perjury, obstruction of justice, failure to report suspected child abuse, and related charges.

Sandusky was convicted and sanctions were imposed on Penn State, including an unprecedented US$60 million fine, and the voiding of all of the football team's victories over the previous 14 seasons.

On a national level, in 2012, the New Orleans Saints were found to have operated a fund which gave players financial bonuses for inflicting injuries on opposing players. National Football League Commissioner Roger Goodell responded with some of the most severe sanctions in US sports history, and suspending Head Coach Sean Payton  for the entire 2012 season, a first in NFL history, fining the Saints US$500,000, and suspending several players indefinitely.

Subsequent investigations by anti-doping authorities found "overwhelming" evidence Armstrong had spearheaded the "most sophisticated, professionalized and successful doping program" ever discovered. He was stripped of all his titles, forbidden to compete, and faces a US$100 million fraud lawsuit lodged by the US government over sponsorship it previously paid him. His yellow jersey could mutate into an orange prison jumpsuit as a result.

‘Politics vs Sports’: French Athlete Speaks Out About Doping Scandal

High on Action, Low on Scandal: An Olympics Worthy of the Name