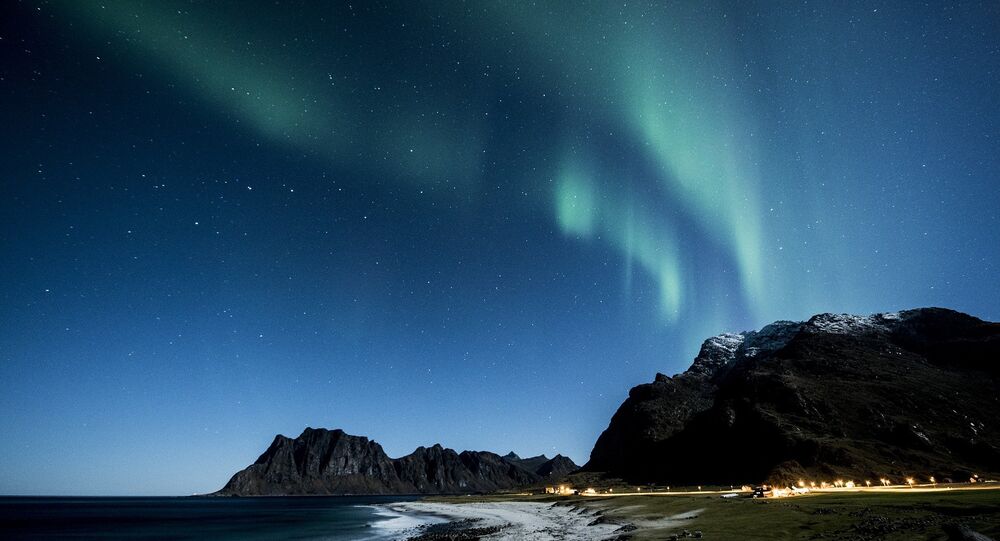 Unsuspecting tourists arriving at the Reykjavik airport have been welcomed in Iceland with a Mastercard ad featuring Norwegian nature scenes. Following complaints from an observant Norwegian, the misleading ad was removed with an apology.

Norway and Iceland are both popular tourist destinations, enticing travelers from around the world to the far north with magnificent nature. Reyjkavik Airport sported an ad bidding tourists a warm welcome on Iceland with a breathtaking picture of the northern lights. There was only one problem: the picture was taken in Norway.

The photograph that stirred the controversy showed northern lights dancing over a fjord-covered landscape, with the caption "Enjoy your stay in Iceland — where you are as welcome as your Mastercard," the Norwegian daily Aftenposten reported.

© Flickr / lukewarmdog
Bad Santa: Oslo Leaves Iceland Without Christmas Trees
The error was accidentally spotted by Norwegian captain Raymond Martinsen, who saw the picture on his way back to Norway from a vacation. For Martinsen, who's been steering ferries for the Norwegian cruise operator Hurtigruten for a number of years, it was a piece of cake to identify the landscape falsely claimed to be Icelandic.

"The picture was taken in Ersfjorden, some 20 minutes from Tromsø city center. It's definitely not in Iceland," Raymond Martinsen told Aftenposten.

It is hardly surprising that Martinsen recognized his "home" fjord. Last year, Martinsen rose to national fame after sailing a Hurtigruten ship home during a storm in late 2016.

"I've sailed a lot around Iceland, and they do have some great scenery, so they should have enough to choose from," Martinsen said as a consolation to Icelanders.

According to Per-Arne Tuftin, the director of the Norwegian tourist bureau Norske Reiseliv, the fact that the Norwegian image appeared in Icelandic commercial only emphasized the obvious.

"There are certainly no nicer northern lights than in Norway. It's even a bit of flattery. An advertising agency probably sought pictures of northern lights, chose the finest one and never double-checked where it really came from," Per-Arne Tuftin argued.

Meanwhile, the pursuit of northern lights, which are a natural light display in the Earth's sky predominantly seen in high latitude regions in wintertime and also known as auroras, has increased in popularity among tourists in recent years. It started in 2005, when Innovation Norway launched a campaign claiming Norwegian northern lights to be the best in the world. By Tuftin's own admission, the Norwegian tourist industry has received a lot of international attention from media sources such as China Daily, al-Jazeera and Der Spiegel, among others. Since then, fellow Nordic nations Finland, Sweden and Iceland have been vying for their share of popularity.

​Meanwhile, tourism in Iceland has grown considerable in economic significance in the past decades. As of 2016, the tourism industry is estimated to contribute about 10 percent to the island nation's GDP and is responsible for nearly 30 percent of the country's export revenue. By the end of 2017, Iceland, a nation of 330,000, is expected to receive over two million visitors, Americans, Britons and Germans being the most frequent guests.