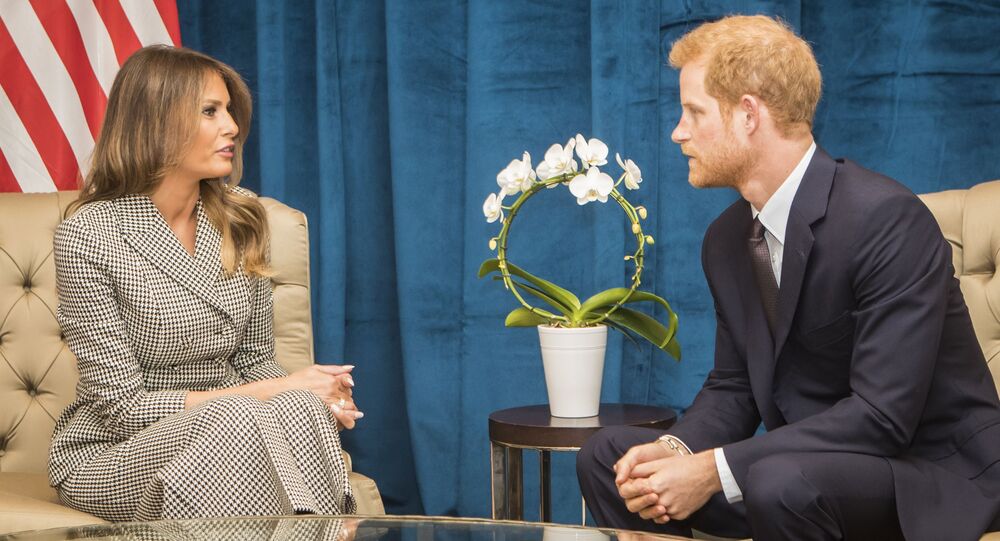 Melania Trump is leading a US delegation participating in the Invictus Games for injured soldiers, an international multi-sport event.

Created by Prince Harry of Wales, wounded soldiers and veterans participate in sports including wheelchair basketball and sitting volleyball. Over 550 wounded servicemen and women from 17 nations will participate in the games this year.

In a speech opening the event, Trump wished the US team luck.

"On behalf of my husband and our entire country, I want to thank you and your families for all you have sacrificed to keep us safe," Trump said, according to Reuters.

"I also want to wish you good luck, but I know you won't need it," she added.

"Take that fighting spirit that I know you have and bring home the gold."

According to Trump spokeswoman Stephanie Grisham, the conversation between Trump and the British prince lasted about 20 minutes, in which they discussed the games and their families.

Harry — fifth in line to the British throne — said to Trump, "you've been very busy," while the first lady told him that he's "doing a fantastic job," according to a White House pool report.

The US first lady invited the British prince to visit the White House the next time he's in the nation's capital, as reported by The Hill.