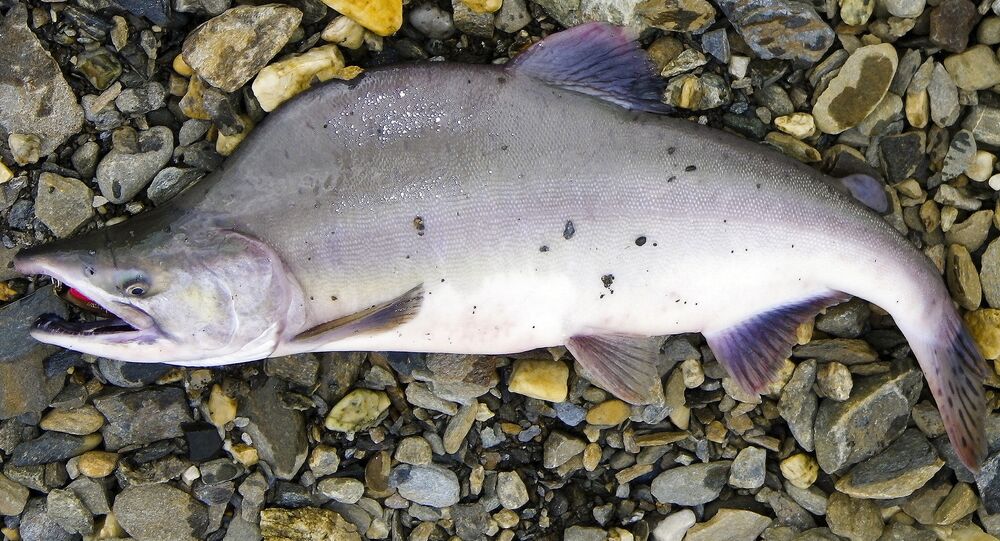 Known for its preoccupation with foreign submarines, Sweden is bracing itself for yet another intruder from the deep. Incidentally, the feared interloper is Russian.

Swedish biologists are sounding the alarm bell over the arrival of the hunchback salmon from Russia. The guest from the east, which recently started popping up in Sweden's territorial waters, is seen as an invasive species.

According to Swedish maritime ecologists, the intruder can possibly spread diseases and outcompete the local salmon stock. Sofia Brockmark, an investigator at Sweden's Sea and Water Authority called the development "worrisome" in an interview with the Swedish tabloid newspaper Expressen.

"This year, we have seen a dramatic increase in hunchback salmon in Swedish waters," Sofia Brockmark said.

"This is worrying because it may go upstream and spawn in the same areas as salmon and trout. It may also be a rival for food and space and cause the spread of infections and parasites," Sofia Brockmark said.

Together with her colleagues at the Biodiversity Unit, Brockmark works to establish the necessity for action in order to solve the problem.

"It is almost impossible to get rid of foreign species once it has established itself. Instead you have to focus on limiting its numbers. This is harder to carry out in the water than on land, and much more expensive," Brockmark said, advising local fishermen against releasing caught hunchback salmons back into the water and urging them to report the encroachers to the authorities.

© CC0
Danes Cheer as Their Country Gets Invaded by Foreign Predators
At the same time, Brockmark stated that the number of foreign species appearing in Swedish waters has increased exponentially over the past ten years, which she attributed to climate change.

"All the wildlife in nature is in a constant state of flux, but when it comes to alien species, the change happens very quickly, with dramatic consequences for species found in our waters," Brockmark said.

The hunchback salmon, also known as pink salmon and the humpback salmon, is the smallest and the most abundant subspecies of the Pacific salmon, reaching up to 7 kilograms (15 pounds) and 70-odd centimeters (2 feet).

The native range of the species is in the Pacific and Arctic coastal waters and rivers, including Russia's Far East and Siberia. In European Russia, it has been introduced in the White Sea and the Barents Sea river basins since the 1950s. Stray fish from these rivers are known to have reached as far as Great Britain, having formed self-sustaining populations in Norway.

Pink salmon update, Norway: At least 1500 have been caught in 215 different rivers during the angling season and 360 in coastal fisheries pic.twitter.com/3kHphXA9Wx