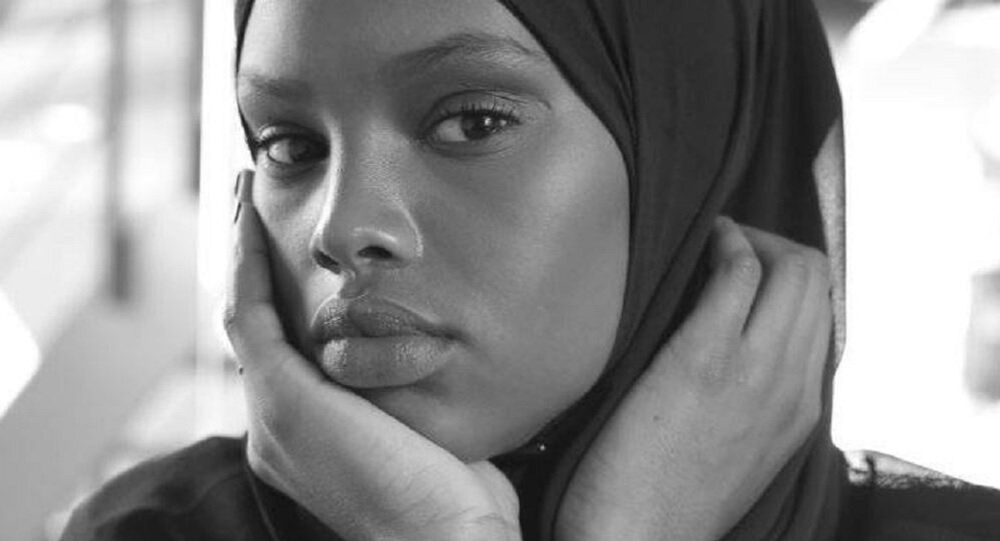 The Danish modeling agency Unique Models has created a stir by debuting a hijab-clad model. While this decision was hailed as striking a blow for the Nordic country's multiculturalism, it was also described as "quite exceptional."

Twenty-one-year-old Amina Adan received the distinction of becoming Denmark's first hijab-wearing woman to be included in a fashion catalog, which is seen as a breakthrough for diversity and is expected to promote Islamic fashion.

"I've been in the fashion industry for 30 years, and I'm so happy whenever we hire a darker-skinned or an Asian girl. And Amina is just one of many who will show our diversity," a proud Jacqueline Mikkelsen, Unique Models administrative director, told Danish Radio.

While praising Adan's beauty and talent as a model, Mikkelsen argued that the Danish industry was perfectly ready for clothes to be modeled by Muslim girls.

Mikkelsen explained that she has seen a lot of beautiful girls wearing Islamic headdress, but has always hesitated to ask them how they felt about becoming a model. Incidentally, Adan was only spotted at a bus stop by one of the agency's scouts several weeks ago.

"Internationally, there are very, very few models who have worked while wearing a hijab. In the US, there is one young woman who has modeled for many of the large fashion houses and in many of the big department stores, but that is an extremely small segment, and this is something that is very much in its infancy," Chris Pedersen said.

However, since much of the debate in the fashion industry circulates around the ideals it should promote, the models are often seen as role models. Pedersen argued that Muslim women have been previously left out of the picture with weight, gender and color being the focal points of the discussion.

Unique Models director Jesper Thomsen incidentally echoed this opinion when he contended that the fashion market has ripened for more variety despite a hitherto tepid demand for hijab-clad models.

"We can feel a tendency in the whole fashion branch to embrace more diversity, so we thought it was worth it to give it a shot," Jesper Thomsen said, dismissing the speculations about the hijab being a political statement. "We don't have quotas for red-headed, blue-eyed or even hijab-clad models," he noted in an interview with the Danish newspaper Extra Bladet.

© AP Photo / Musadeq Sadeq
Easy Mistake? Norwegian Right Confuse Empty Bus Seats With Burqa-Clad Women
In a poll by Extra Bladet, some 40 percent of users argued that hijab-wearing models were "problematic," as opposed to 35 percent who said it was "in the nature of things" and another 25 admitted that they did not care.

In Denmark's neighbor Norway, the hijab debate flared anew earlier this year after Princess Märtha Louise attended Prince Richard's funeral in the company of a hijab-clad court lady, Zakia Ahmed Akkouh. This appearance enflamed the critics of Islam in Norway.

"It was the last nail in the Royal House's coffin for my part. Why does the Royal House promote further divisions in our society? The hijab is a symbol of political Islam, and the Royal House should not allow it in our enlightened society," Norwegian journalist and political activist Hege Storhaug told the Danish newspaper BT.

At present, Muslims constitute close to 5 percent of Denmark's population of 5.6 million.