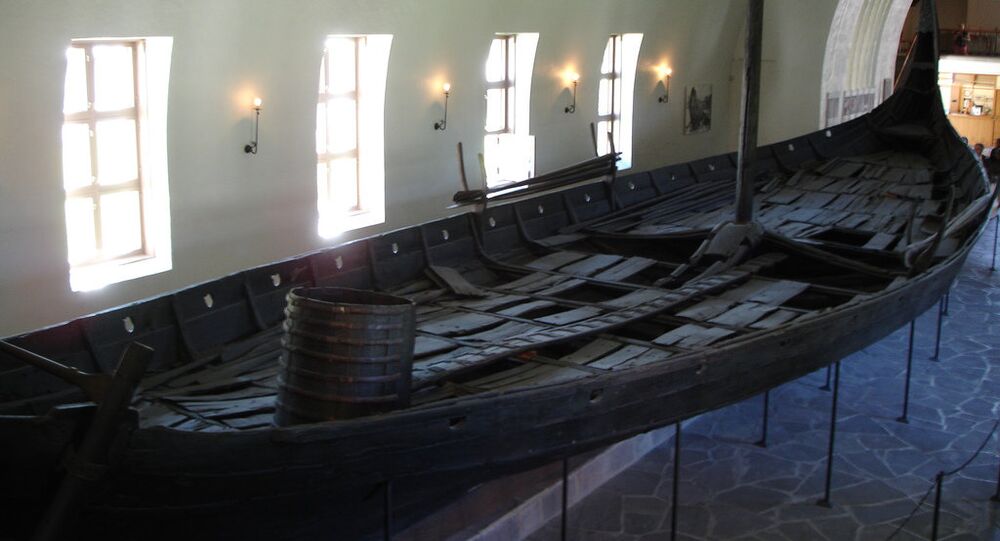 During excavations in the city of Trondheim, Norwegian archeologists stumbled upon a historic boat grave believed to be at least 1,000 years old and is expected to shed more light on the Nordic country's medieval history.

Several decades of work by Norwegian archeologists has been rewarded when the medieval ship burial with bone remains was brought into the light of day in Trondheim's central square during the last days of the excavations.

"This finding has been expected for 25 years," project manager Ian Reed at the Norwegian Institute for Cultural Heritage Research (NIKU) said, as quoted by the Norwegian daily Adresseavisen.

Reed attributed the find to early Viking age, whereas his colleague and fellow archeologist Julian Cadamarteri claimed it to be likely to originate from somewhere between 500 and 1000 AD.

© Photo : Moesgaard museum
Danish Archeologists Dig Up Disappeared Medieval Village
While no wood remained intact, lumps of rust and poorly-preserved nails indicated that it was a boat that was buried here, Ian Reed noted. Inside the grave, scattered bone fragments of the same soft consistency as Norway's famous brown cheese, were discovered. Leg bones were found lengthwise, which made experts convinced they belonged to a human being. Their origin will be established with the help of DNA analysis.

In addition to this, several objects possibly originating from the burial were found.

"We also found a key to a small box in the grave. If it originates from the grave, it is likely to date from anywhere between the 600s and the 900s," Cadamarteri said.

In ship burial, a ship or boat is used as a container for the dead and the grave items. This style of burial was used among the Germanic peoples, particularly by Viking Age Norsemen. As a rule, a single person was buried inside a boat grave, although there are known exceptions. Only for members of important families were ship burials organized.

Trondheim is Norway's third-largest city located in Sør-Trøndelag County. It was founded in 997 and a trading post and served as Norway's capital during the Viking age until the early 13th century.

The discovery refers to a Trondheim that actually predates the medieval city. Other Viking settlements, such as Birka, have graves in close proximity to the trading center, NIKU specialist in early boats Knut Paasche said.

​Torvet (also spelt Torget) is the focal point of Trondheim's city center with its impending statue of King Olav Tryggvason. The recent stage of excavations at Torget has been ongoing since 2015 and has cost 50 million NOK ($6.5 million).