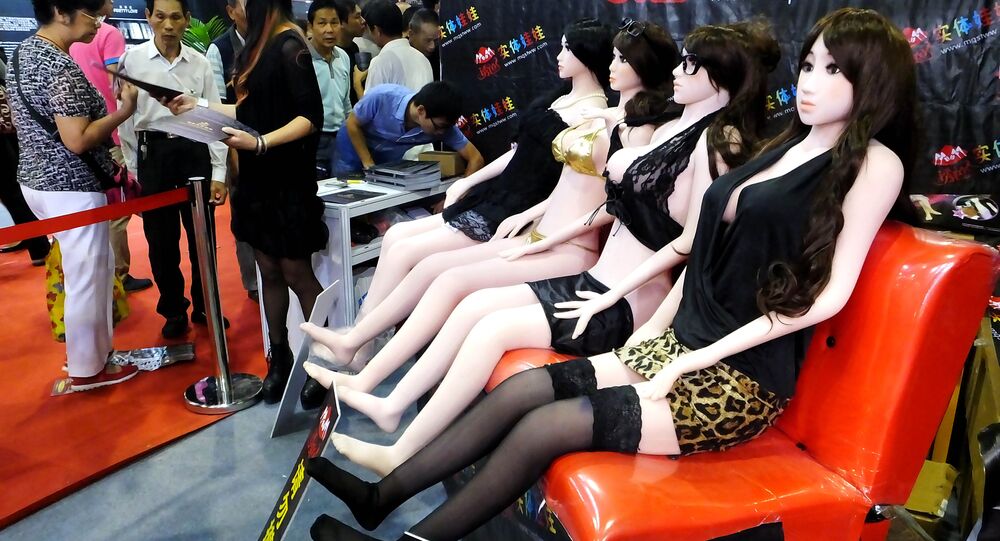 A Chinese company renting out sex dolls had to shut down its operation amid complaints about its allegedly detrimental influence on society, with authorities describing the dolls in question as too "vulgar".

A Chinese app called Touch, offering expensive sex dolls for rent, had to suspend its operations only two days after launch amid claims that the service is vulgar and a "bad influence on society."

"Soon after the ‘girlfriend sharing service’ launched, it triggered intensive attention and heated discussion online… We were informed by the relevant authorities and voluntarily cooperate with all the investigations and accept the punishment," app’s developer Xiamen HaiBao Information Technology Co said in a statement on September 18, according to South China Morning Post.

© AFP 2021 / GREG BAKER
Man standing next to his high-end sex doll at his apartment in an industrial suburb of Beijing. (File)

The company staff present during Touch’s promotional event in the Sanlitun shopping and entertainment area of Beijing were summoned to a local police station where they were interviewed and asked to provide a written guarantee that they would remove all sex dolls – which police officers apparently deemed too "vulgar" – from display.

The company agreed to comply with this request, noting however that "sex itself is not vulgar."

Touch offered life-sized silicone dolls, each worth approximately $1,500 and marketed Chinese, Korean and Russian looking dolls (one of the dolls was actually had the appearance of popular comic book character Wonder Woman), for short-term rental with a daily fee of about $45 and a security deposit of about $1,220.