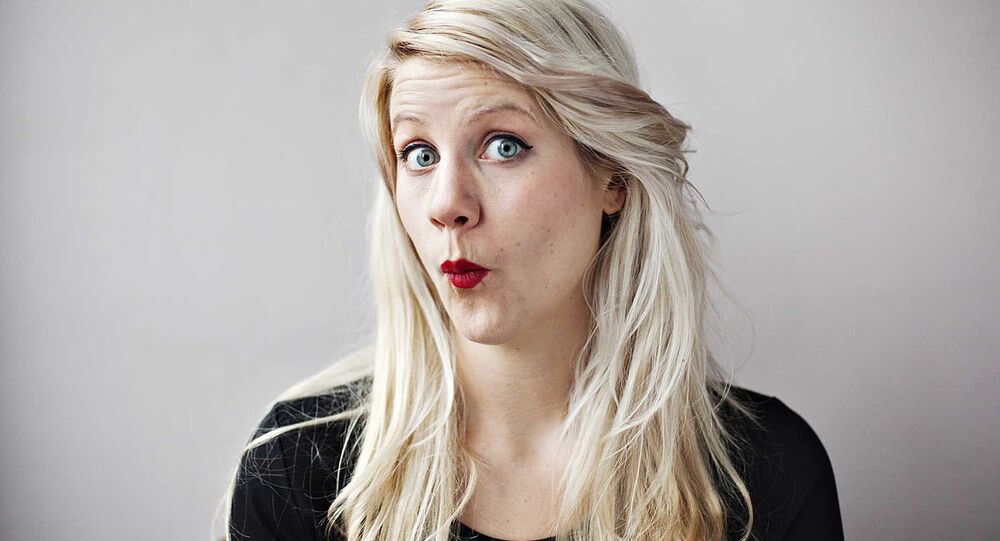 Sexual assaults have been marring Sweden's summer festivals for several years in a row, and the country has decided to weed out this problem with determined efforts. The concept of a "man-free" festival, aptly named Statement, proposed by a Swedish comedian is taking shape with the help of a crowd-funding campaign.

In the wake of a massive influx of mostly-Islamic newcomers, Sweden, which often ranks among the world's top places in terms of human development and education, recently had the dubious honor of becoming known for a wave of sexual assaults that plagued its summer festivals. Channeling a tendency in the press to attribute the behavior to her fellow Swedes, comedian Emma Knyckare proposed arranging a girl-only festival where no men would be allowed.

Perhaps somewhat surprisingly for a nation that sees itself as a champion of equality, this idea gathered momentum after receiving positive responses and appears to be on the move with a crowd-funding campaign and media attention.

© CC0
No Man's Land: Sweden Unveils Girls-Only Festival to Avoid Rape
To support her feminist undertaking, Knyckare put together a group of 22 project leaders, PR people and organizers to help move the idea forward and launched a crowd-funding campaign on Kickstarter. With 20 days to go, the project has gathered over the half of the target goal of 500,000 SEK (roughly $63,000).

So far, no exact date or place has been decided, but Knyckare confirmed to Swedish national broadcaster SVT that the two-day "man-free" Statement Festival will be arranged in the summer of 2018.

"We call the festival 'guy-free.' We welcome women, transgender and non-binaries. We have made this choice simply because we think that transsexuals and non-binaries need a free haven as they know what it means to be exposed to hatred and threats," Emma Knyckare told SVT, venturing that the goal is to gather at least 10,000 visitors.

Because gender-based discrimination is not permitted in Sweden, the upcoming Statement Festival may be perceived as an attempt to circumvent the so-called equal treatment principle.

"Well, we can arrange it as a private party or make it happen through a society that guys already have in men's clubs. Or we'll simply carry on and take the consequences of it," Emma Knyckare said.

UMO.se
Sweden Enlightens New Arrivals on Dos and Don'ts of Sexual Life
Thirty-year-old Knyckare first suggested the concept of a "super-cool" girl-only festival on Twitter in July in response to reported sexual offences at the Bråvalla festival in Norrköping, which is one of Sweden's largest. Despite meeting severe criticism in the press for oversimplification and "portraying all men as rapists," Knyckare admittedly received "thousands" of positive responses and decided to go on with her project. Regardless of the fact that the very notion of a gender-segregated festival is not a universally popular one, Knyckare defended the idea as necessary.

"All men are not rapists, but almost all rapes are carried out by men. We want to create a free space, a cool festival where women can be without feeling worried. A festival is not the solution, but a reaction to the problem," Knyckare said, as quoted by the news outlet The Local. Incidentally, she argued that the idea of the festival is the exact opposite of the one critics saw. "The goal with the festival is that there shouldn't be a need for separatist events," Knyckare explained.

The Swedish authorities, meanwhile, which have long denied any connection whatsoever between the influx of migrants and the unparalleled surge of sexual attacks, seem to have implicitly admitted to the problem by releasing a "sex guidebook" for teaching immigrants the basic rules of consensual sex.

However, the idea of gender-based segregation seems to have caught on in third wave feminist Sweden. Last week, gender-separate dog playgrounds were proposed in Stockholm as a "safe haven" for female dogs by Carola Kastman, who is the proud owner of Coco.

"I want to urge the politicians to act quickly. Such injustice cannot stand," Carola Kastman explained to the local news portal Stockholm Direkt.

According to Hans Rosenberg at the Swedish Kennel Club, there are no separate playgrounds for dogs in heat anywhere in Sweden, and he did not see any problem with it either.