Ukrainian Man Attacks Fellow National in Israel for 'Being Russian'

A 29-year-old man from Ukraine was taken into custody in the Israeli city of Petah Tikva after he severely beat a Ukrainian woman, thinking that she was a Russian national.

Police in the Israeli city of Petah Tikva arrested a 29-year-old man from Ukraine after he attacked a woman whom he mistook for a Russian national, Israel's Ynet news website reported on Sunday.

The incident occurred on September 11, Ynet said, adding that a forty-year-old woman was walking down the street when an unknown man called out to her in Ukrainian.

She answered in Russian, and for this he started to punch her repeatedly while insulting her.

"I fell to the ground, but he continued to beat me," Ynet quoted the woman as saying. 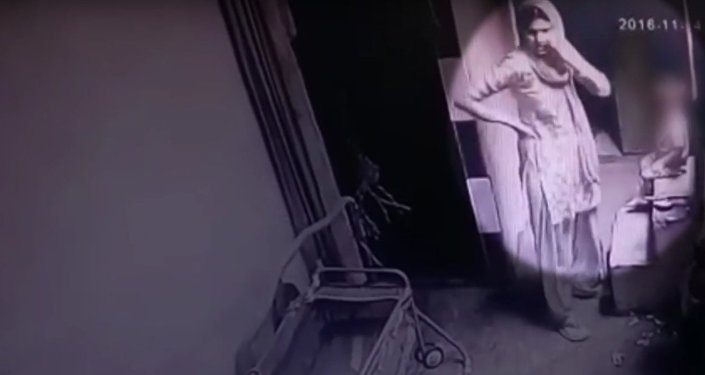 © Photo : YouTube/Hindustan Times
Video of Mother Brutally Beating up Child Goes Viral in India [GRAPHIC VIDEO]
Policemen quickly detained the attacker, who was identified as Andrey Dovzhenko of Ukraine. His victim, a Ukrainian citizen, was taken to the hospital.

In court, the detainee claimed that he had mistaken his victim for a Russian woman who had allegedly threatened him with murder for a long time.

On Saturday, the court arrested Dovzhenko pending the completion of legal proceedings, according to Ynet.