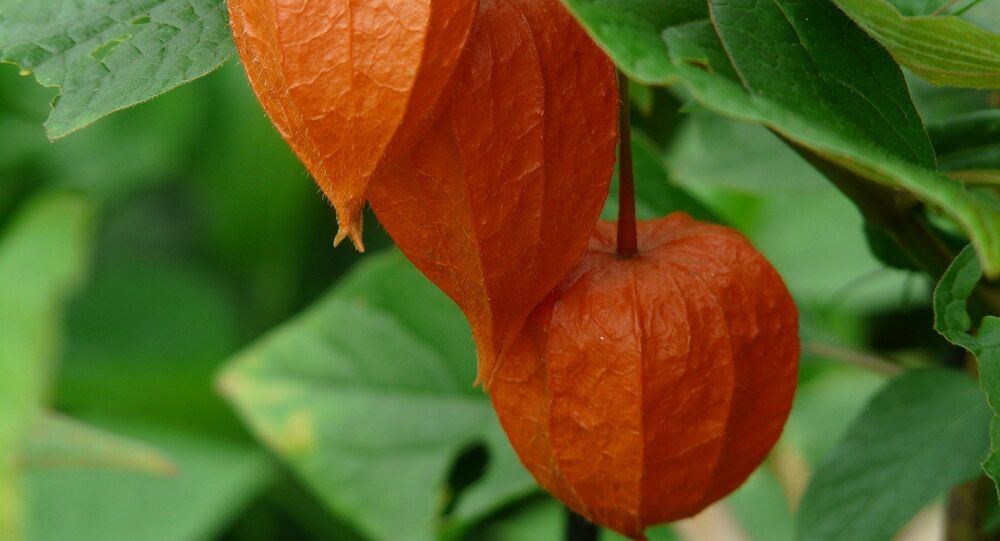 In its relentless drive towards political correctness, Sweden has replaced several established names of local plants, which were believed to have "anti-Semitic" connotations and regarded as offensive to Jews. Remarkably, Adolf Hitler and the Third Reich were blamed for the uncomfortable undertones.

The Swedish Cultural Plant Database, SKUD, has decided to rename several plants whose traditional names were deemed to bear an anti-Semitic sentiment.

The rebranding involves Physalis alkekengi (Chinese lantern or Japanese lantern), which in many European languages is known as Jew cherry. Another plant successfully relieved of the anti-Semitic burden is Tradescantia fluminensis, also known as Wandering Jew in many Germanic languages, including English and Afrikaans. The name refers to the legend about a Jewish man who taunted Jesus on his way to Golgotha and was then cursed to roam the earth until the Second Coming.

SKUD blamed the change of name on Adolf Hitler.

"Had it not been for the Nazis' terrible propaganda film 'Der Ewige Jude' from 1940, then it maybe could have been left as is," SKUD wrote in a press-release.

The plant formerly referred to as the Jew cherry has been renamed as Japanese lantern. SKUD claimed that the established name emphasized the resemblance with the orange skittle-formed headdress that Jews had to bear in some countries in the Middle Ages.

My happy little plant, the Wandering Jew. Must come up with another name for her/him. pic.twitter.com/mqqoWAaGNY

​"Many can rightfully claim that the name is rarely used with malicious intent, as its etymology rather reveals how badly the Jews have been treated throughout the ages. Within the plant industry, however, many are hesitant to use names that can be perceived as negative," SKUD wrote. The press-release stressed that SKUD was only trying to oblige the demands from within the trade, where many people found the names offensive.

This is not the first time names of species have been altered to avoid "racist" overtones. In 2015, the white-breasted nigrita was renamed from "negerfink" (literally: Negro finch) together with the hoatzin, which was commonly known as "zigenarfågel" (literally: Gypsy bird).

In 2012, Negerbyn, a district of the town of Mjällby, was renamed Österbo for reasons of political correctness. Although this name has never been official, the neighborhood was colloquially known as "Negro village" due to the original design of the houses, which for many people resembled shacks with black chimneys.

In the early 2000s, the Nordic confectionary today known as "Chokladbollar" (literally: "chocolate balls") was renamed from "negerbollar" (which is equivalent to "Negro balls").

​Around the same time, Sweden's cult children's book about the adventures of red-haired prankster Pippi Longstocking by Astrid Lindgren was censored to avoid racism and colonial undertones. The lovable rascal and compulsive liar's trademark phrase "My dad was the King of Negroes" was thus changed to "Captain of southern seas."

​The book was penned in the 1940s, when the corresponding word was not considered a slur.

Crazy, on Drugs or Traumatized? Inside the Mind of Pippi Longstocking