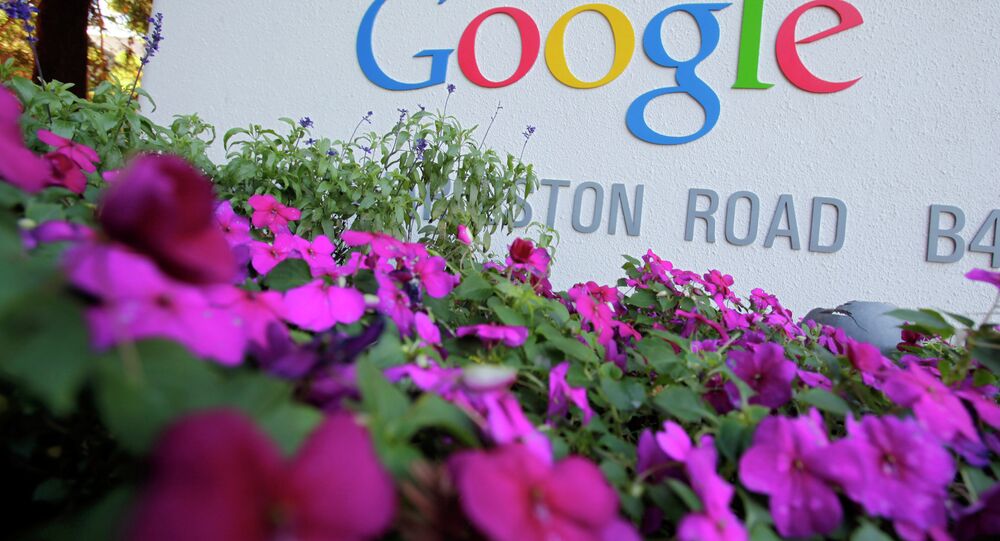 American IT giant Google is facing a new gender discrimination lawsuit. The complaint was filed Thursday by three former female employees accusing the company of paying women less than men for similar work and denying career opportunities to women.

The text of the complaint specifies that the plaintiffs bring this class action "on behalf of themselves and on behalf of a class defined as all women" employed at Google’s headquarters in Mountain View, California.

None of the plaintiffs are currently employed by Google. They left Google’s Mountain View office between 2014 and 2016.

© REUTERS / Mike Blake
Over 60 Women Are Mulling Legal Action Against Google for Gender Discrimination
According to the website "Google Gender Case" established by the women’s attorneys, James M. Finberg and Kelly M. Dermody, the lawsuit is accusing the technology company of a "continuing policy, pattern, and practice of sex discrimination against female employees."

"We’ve been talking about these issues for a long time, and it hasn’t really changed. There’s been a lot of PR and lip service, but… this is going to be one of the only ways to get these companies to change how they hire and compensate women," Kelly Ellis, one of the three plaintiffs, told The Guardian.

Google, however, disputes the claims in the lawsuit and said its in-house analysis shows no gender-based pay discrimination.

"Job levels and promotions [at Google] must pass multiple levels of review, including checks to make sure there is no gender bias in these decisions. And we have extensive systems in place to ensure that we pay fairly," spokesperson Gina Scigliano said.

In April, the US Labor Department accused the Alphabet Inc.-owned Google of "systemic compensation disparities against women pretty much across the entire workforce." The company vehemently denied the allegations.

In January, the US Labor Department sued to bar Google from doing business with the federal government until it released thousands of documents related to an audit over its pay practices.

Did Google Go Too Far in Firing Employee Over Diversity Memo?