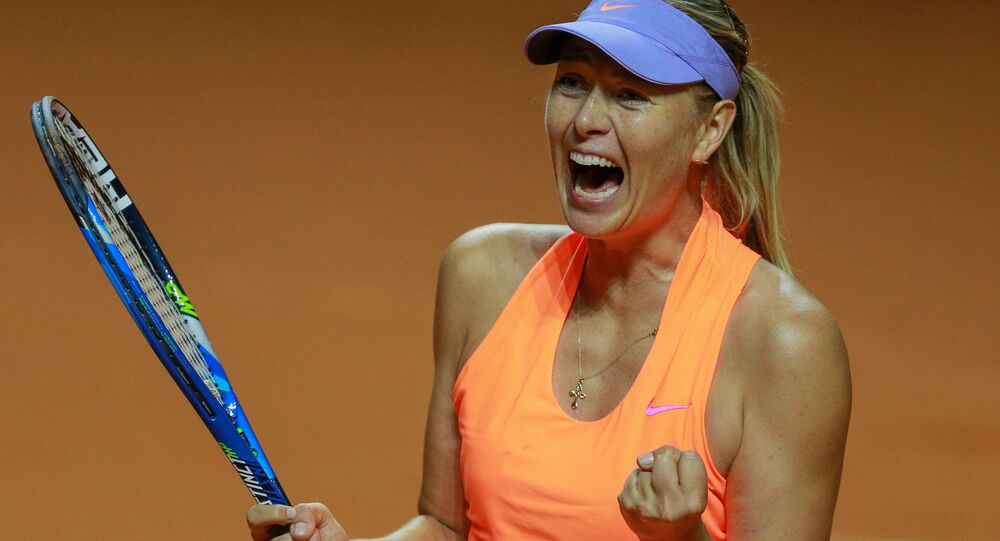 International tennis superstar Maria Sharapova has slammed critics who have accused her of using performance enhancing drugs to cheat the field.

Tennis star Maria Sharapova has rounded on her drug-cheat critics claiming they "don't have the facts."

The former world number one revealed she had now put the scandal behind her, having returned to the sport following her 15-month suspension for doping.

Protesting her innocence, the Russian star still remains bitter, however, over comments made by several leading players including former Wimbledon champion Andy Murray and Eugenie Bouchard who wanted her banned indefinitely.

Fellow female player Bouchard said: "She's a cheater and I don't think a cheater in any sport should be allowed to play again."

In an interview to be screened on BBC World News on Saturday, September 16, Sharapova responded, saying: "I think those are comments not based on facts, and therefore I don't take them into consideration. She also took a swipe at the British male star who said he found it strange that there is a prescription drug — meldonium — used to treat a heart condition commonly shared by many athletes at the top of their sport.

Sharapova, who has just released her memoir Unstoppable, My Life So Far, hit back, stressing:

"I don't think it's for them to really have an opinion, because they don't have the facts. So, you know, I think that those are the types of words that make headlines and they will be used as headlines."

The tennis star insisted she had put her hand up and admitted taking the banned substance after a positive test at the Australian Open in 2015. She continued: "But ultimately, this is my career, and I faced it head on, and I admitted my mistake, and I went about it and I served my suspension and now I'm back."

© Sputnik / Alexey Kudenko
Guess Who's Back? Queen of the Tennis Court Maria Sharapova Returns to Action
18

The five times grand slam winner confessed it was "a big mistake" to take the drug, which she has been taking since 2006 for health issues. It became a banned substance on 1 January, 2016.

Sharapova, 30, still questions whether it should be on the banned list, arguing there is "no proof" of its performance-enhancing effects.

"The problem I have with that is there's no proof of what it does and no one can give you that proof. What is the ban based on?"

Some medical experts believe the drug could have a positive effect on an athlete's stamina and endurance. Now back in action, Sharapova returned from her exile in April and was controversially handed wild cards to several events, including the US Open where she was defeated in the last 16.

Having amassed a fortune estimated by Forbes to be worth US$285 million, it remains to be seen whether she will attract the same level of lucrative brand endorsements in the coming months.

Guess Who's Back? Queen of the Tennis Court Maria Sharapova Returns to Action