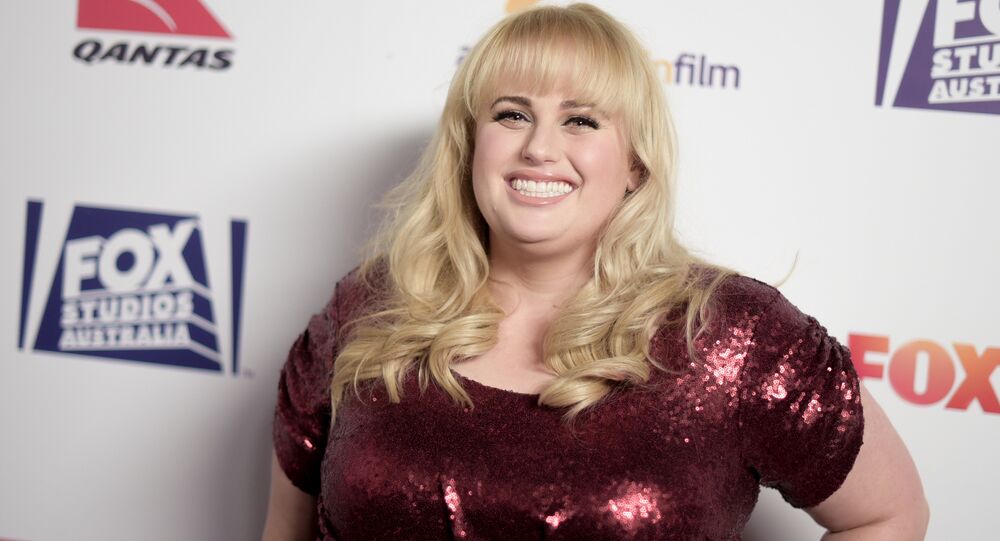 Actress Rebel Wilson has won record damages for defamation from an Australian magazine over articles based on hearsay from a former school friend. Why did she become a victim of "tall poppy syndrome?"

Actress Rebel Wilson has won A$4.5million (US$3.6 million) in damages for defamation from an Australian magazine.

Wilson carved out a successful career in Hollywood after moving from Australia in 2011, starring in the successful Pitch Perfect films.

​The 37-year-old said in court she was a victim of "tall poppy syndrome".

"Tall poppy syndrome is a big thing in Australia. If anybody has done reasonably well and made money or fame everybody loves to snipe at them," a British-born bank executive who lives in Sydney told Sputnik.

Today was the end of a long and hard court battle against Bauer Media who viciously tried to take me down with a series of false articles.

Wilson sued because Bauer Media, who published Woman's Day magazine, had portrayed her as a liar in the 2015 articles. The actress claimed in court that a former school friend who was "obsessed" and "jealous" of her success had told untrue stories to Woman's Day in order to "make a quick buck."

In June the jury in the defamation trial in the Supreme Court of Victoria upheld her claims and on Wednesday, September 13, Justice John Dixon awarded the record damages.

Justice Dixon has awarded me a record sum and I’m extremely grateful for that. It is 4 times the Australian record.

Bauer Media has always denied the articles were defamatory and it is thought to be considering an appeal.

"Back in the day Australians were all about being ordinary folk, or ordinary blokes, and the ‘tall poppies' who stuck out a bit were fair game. Australians are more prone to it than British people. It happens a lot," a banker who lives in Australia told Sputnik.

Wilson said she was very different from glamorous Australian actresses like Nicole Kidman, Cate Blanchett and Naomi Watts and this appeared to have upset some people in Australia.

"I can see where she's coming from. People like Nicole Kidman, Hugh Jackman and Russell Crowe are kind of royalty in Australia and everybody loves them. But somebody like her, who looks like she does, does not have the looks, Australians are quite shallow, especially in Sydney which is a very materialistic city, very beautiful people oriented" he told Sputnik.

Bauer Media has been ordered to pay Hollywood actress Rebel Wilson more than $4.5M in damages after defaming her in a series of articles. pic.twitter.com/x5h71HQJC9

The banker, who lives in Sydney, said the Australian press could be quite vicious at times.

Wilson had reportedly offered to settle for A$200,000 before the case went to court if Bauer would accept the articles were untrue.

Justice Dixon said he was awarded the record damages, which were "unprecedented in this country", because of the global reach of the case.

Earlier this year Wilson wept as she gave evidence in court and said her career in Hollywood had been harmed by the articles, which tore her character "to shreds" and claimed she had lied about her age, her childhood and even her name.

Rebel Wilson when she offered to settle with Bauer for $200,000 but they took her to court and now she's got $4.5 million. pic.twitter.com/WFjeE2iytW

"I don't have a drug past. I don't have a weird sex tape or a criminal history. They're calling me a fake when I'm known for being myself," she added.

Asked about an article which implied she lied about her father's death, she glared at Bauer's lawyers.

"I don't know of anyone who would behave like that," she said.

A series of emails between a Woman's Day journalist and the anonymous source were read out in court.

Bauer's lawyers advised against publishing the story and the journalist initially agreed, saying "we just can't risk being sued."

I keep being told stories of tall poppy syndrome which is so sad.we must create effective eldership roles as part of talent pipelines pic.twitter.com/idgb52eDjS

Wilson said the articles were deliberately timed to coincide with the release of Pitch Perfect 2 and she said she went from being a "hot property" in Hollywood to someone who was sacked from her voiceover work on Kung Fu Panda 3.

She said she developed eczema and a urinary tract infection as a result of the articles and a stress sore broke out on her upper lip, forcing filmmakers to delete several scenes from the movie How to Be Single.

Wilson said she would be donating the A$4.5million ($3.6 million) to a number of Australian charities.