Nine people from a traveler family in England have been jailed for making vulnerable men work for them without pay. It came as the Commissioner of the Metropolitan Police, Cressida Dick, warned there were people in London who "simply owned people."

Nine people from a traveler family in England have been jailed for a total of 80 years for exploiting vulnerable men.

Martin Rooney senior was jailed for 10 years while his twin sons John and Patrick, 31, were locked up for 15 years. They were convicted of enslaving 11 vulnerable men in squalid conditions and making them work for little or no money for their company, which resurfaced driveways.

The family "preyed" upon men who were "vulnerable and easy to manipulate", the judge said

Nottingham Crown Court heard that the Rooneys' victims were beaten and left without water or toilet facilities on a squalid encampment at Drinsey Nook in Lincolnshire. 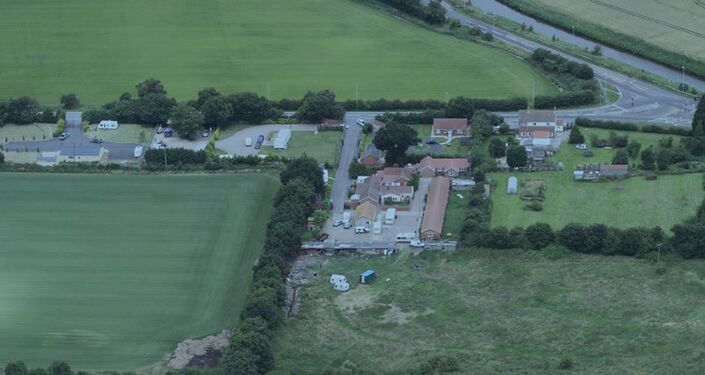 Judge Timothy Spencer QC said the victims had been "cowed into submission" by the Rooney family who lived in luxurious caravans elsewhere on the site.

"It was like the gulf between medieval royalty and peasantry," said the judge.

He described the offense as "chilling in their mercilessness" and said Drinsey Nook was "the hub of wholesale exploitation of vulnerable men made to perform forced labor."

"You brought up your sons in a criminal culture," Judge Spencer told Martin Rooney senior.

The four-day sentencing of the Rooney family ended on Tuesday, September 12, the same day that the Commissioner of the Metropolitan Police, Cressida Dick, warned about modern slavery in London.

© Photo : Lincolnshire Police
The Rooney family, nine of whom have been jailed

"We are all familiar with the story of slavery and the efforts to stop it in the 18th and 19th centuries. What, we may ask, has slavery got to do with modern London? Potentially more than you think," said Ms. Dick.

© Photo : Pixabay
Family 'Devastated' After Man Lived and Died as Modern Slave in London
The Rooneys found 18 people, all described as vulnerable adults, aged between 18 and 63, who had been picked up all over the UK and tricked into coming back to Drinsey Nook.

One of their victims had been with them for almost 25 years and had once been told to dig his own grave unless he agreed to give up his freedom.

"The victims will never get the years back that were taken away from them but I hope this provides them with some comfort that justice has been served and demonstrates that we will do everything in our power to try and stop others suffering in the ways that they did," said Chief Superintendent Chris Davison, of Lincolnshire Police.

Police swooped on the family in September 2014. The Rooneys ran their tarmacking business with a rod of iron and beat one man with a shovel when he returned a car with an empty petrol tank.

"Life with the Rooneys was a living hell," said one man in a victim impact statement, read out in court.

​Bridget Rooney, who was described as the family's matriarch, was jailed for seven years and Judge Spencer reminded her that she had had "the power to stop this".

The Rooneys were an Irish traveler family, as opposed to a Romany Gypsy family. Both ethnicities can be found in the UK and are often wrongly lumped together as "gypsies".

​The Rooneys are not the first traveler family to be convicted of modern slavery offenses. In 2012 several members of the Connors family in Gloucestershire were jailed for forcing homeless men and drug addicts to work for them without being paid.

They reportedly made £5 million (US$6.6 million) in profits.