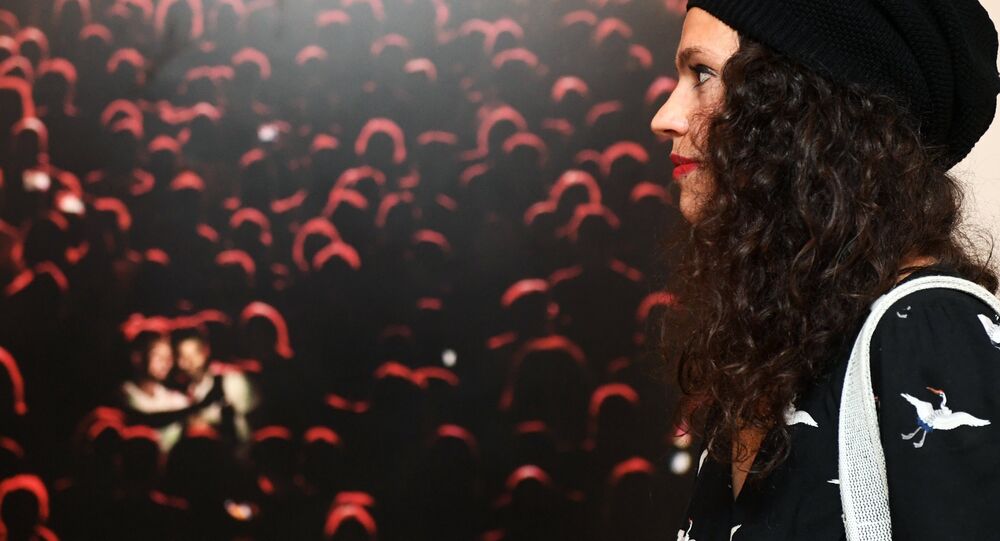 A Serbian photographer named Jelena Jankovic, the winner of one of the top awards at the annual Andrei Stenin International Press Photo Contest, explained that selfie culture actually helps to promote narcissism.

Jelena Jankovic won 1st place in the My Planet category at the Andrei Stenin International Press Photo Contest with her photo called “Selfie Culture” – an image snapped at the Massive attack concert at the Croatian city of Pula, that features a young couple who turned their backs on the stage during the performance to make a selfie.

In an interview with Sputnik, Jankovic explained how “selfie culture” helps promote narcissism.

"Selfie culture has helped to promote narcissism, which is no longer treated as a negative phenomenon. This behavior has become the norm; it gets better: if you don’t make selfies, you don’t fit in. Everything gets documented: where and with whom you have been, how you spent your summer and winter vacations. But what does our inner world really look like? Where is the truth in all this? A person loses touch with real life which is not as easy and beautiful as a photo subjected to filters," the photographer said.

© Sputnik / Ekaterina Chesnokova
Spain's Alejandro Martinez Velez Wins Andrei Stenin International Photo Contest
Jankovic also said that this award is a great honor to her as "Andrei Stenin was an excellent photo correspondent who died in the line of duty."

"I’m glad that Russia created this contest and gave the chance for young authors to show their works to the public," she said.

The annual Andrei Stenin International Press Photo Contest, founded in 2014 by the Rossiya Segodnya International Information Agency, is a competition for young photojournalists

The goal of the contest, held in memory of the late photojournalist Andrei Stenin who was killed during an editorial assignment in eastern Ukraine, is to support young photographers and to promote the goals of contemporary photojournalism.