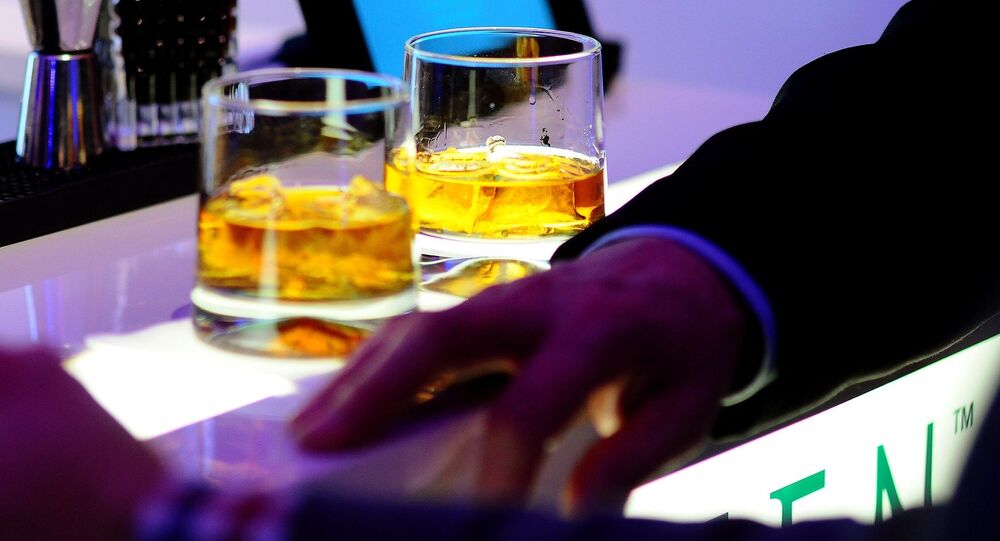 Commenting on a new survey on alcohol's harmful effects, by a London-based research center, an expert confirmed to Sputnik a "direct link" between alcohol and cancer, which will kill some 135,000 over the next 20 years.

In a recent study, Professor Mark Petticrew of the London School of Hygiene and Tropical Medicine and his colleagues revealed that the alcohol industry is making great strides to downplay the link between alcohol and cancer.

Petticrew was echoed by Katherine Brown, chief executive of the Institute of Alcohol Studies, a UK think tank.

"The alcohol industry is actually misleading the public about relationships between alcohol and cancer by downplaying the risks," she told Sputnik.

She added that both men and women are at risk if they drink alcohol regularly, specifically referring to the UK, where 13,000 alcohol-related cancer cases are registered every year.

"If the current drinking pattern continues, over the next twenty years alcohol will be responsible for 135,000 cancer deaths," she said, referring to a survey.

Brown also said that "the general public has a right to know about the risks associated with all the products they consume."

"The public should have access to independent and honest information about the risks related to alcohol which can include information on products' labels and conditions of sale, among other things," she said.

According to her, raising the price of the cheapest alcohol products can be seen as another measure to help reduce alcohol-related deaths.
"Currently, alcohol is incredibly cheap [in Britain] and it is in fact 60-percent more affordable today than it was in 1980s," she recalled.

More than 100 studies since 2007 have shown that even moderate amounts of alcohol increase the risk of breast cancer, according to The Guardian.
Despite portraying themselves as socially responsible, many drinks producers are also trying to distract attention from alcohol’s well-established role as a key cause of cancer.

Two UK bodies financed by the alcohol industry The Portman Group and Drinkaware are among those accused for denying the heightened risks of cancer from drinking.

© Photo : Pixabay
Moderate Alcohol Consumption Reduces Heart Attack Risk - Scientists
The authors of the study at the London School of Hygiene and Tropical Medicine have suggested that the industry is using such tactics to increase the amount of alcohol consumed by women and does not want the public to know of the link with the disease.

Key medical authorities recognize alcohol as the cause of breast and bowel cancer, to which about 100,000 people are diagnosed with in the UK yearly.

Despite these claims the Department of Health have rejected the researcher's suggestions to stop trusting alcohol bodies and to inform the public of the alcohol cancer link dye to the large distortion of key facts.