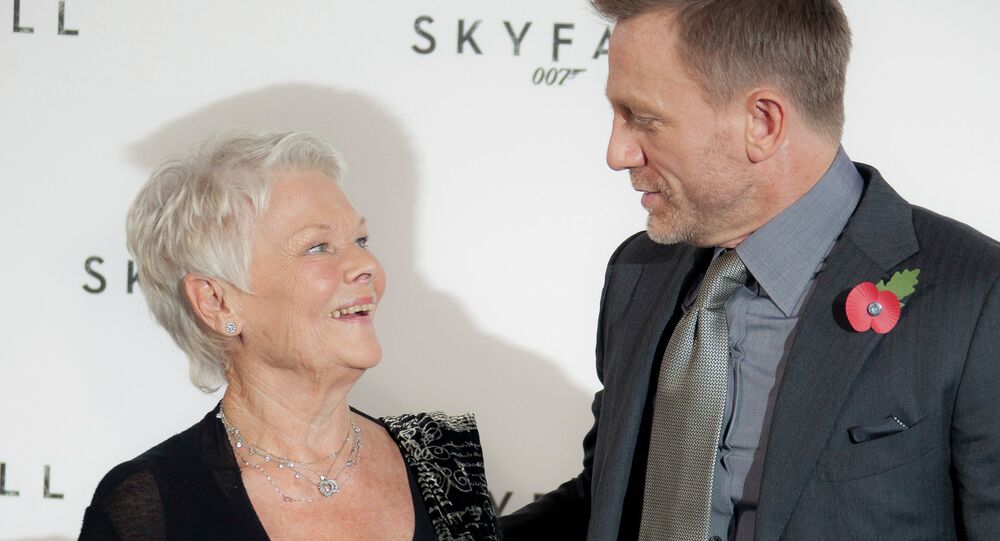 An elderly gentleman is asked by his wife if he would like to experience 'super sex?' After thinking for a few minutes, he slowly replies "okay, what type of soup is it?" Joking aside, however, pursuing an active and healthy sex life is now firmly on the agenda for growing numbers of people aged in their 70s and 80s.

Championing the cause is none other than Dame Judi Dench, well known for her role as M in the James Bond franchise, who says her fellow octogenarians should be encouraged to continue to enjoy those special, tender moments of intimacy.

Ironically her campaign comes after taking on the role of Queen Victoria in her latest film Victoria and Abdul which explores the special relationship the British Monarch struck up with an Indian clerk Abdul Karim, in her later years.

It was a royal affair at #VeniceFilmFestival as Dame Judi Dench, @alifazal9 & Eddie Izzard were in attendance to premiere, #VictoriaAndAbdul pic.twitter.com/JhpFEQAu03

The movie traces how Victoria, then 68, became besotted with Karim, 24, who taught her Urdu and became her close friend and confidante much to the anger of her children and servants.

Does Desire Ever Go?

The 82-year-old actress demonstrates that Victoria's infatuation with the clerk demonstrates romance and intimacy is not just the domain of the young.

"Well, of course, you still feel desire. Does that ever go? To the older reader, I would say 'Don't give up'," speaking of her own experiences, the Oscar-winning star confessed.

Dame Dench's love life was recently revived when she became involved with conservationist David Mills, 73. Her husband of 30 years, Michael Williams died from cancer in 2001.

"One hot night during the summer we swam and had a glass of champagne in the garden and I said 'this is so fantastic.' I get overexcited about things, I love having a laugh," she said in an interview.

Indeed her argument for older generations to keep their sexual desire alive was echoed in a recent report by Manchester University's school of social sciences, which found that the emotional side of sex appeared more fulfilling for people over 80.

Some 7,000 people responded to the questionnaire, more than half the men (54 percent) and nearly a third of women, over the age of 70, said they were still sexually active. One third of this group admitted they had frequent sex — defined as at least twice a month.

© CC0 / Pixabay
"We hope our findings improve public health by countering stereotypes and misconceptions about late life sexuality, and offer older people a reference against which they may relate their own experiences and expectations," Dr. David Lee, the author of the study, said.

It appears older people are a lot friskier than some younger people may have thought as another report found that 74 percent of women and 72 percent of men between 75 and 85 said satisfactory sex was essential to maintaining a relationship.

Cheers to That! Heavy Drinkers Likely to Live to 85 and Avoid Dementia