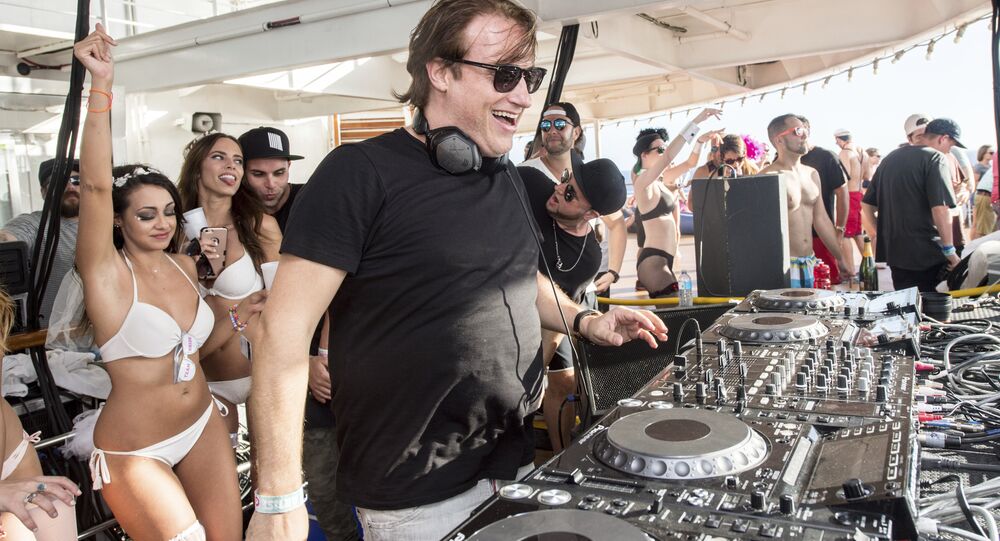 You Spin Me Right Round: Vinyl Records of the Dead Are Now a Thing

The end-of-life industry has a new way to commemorate the ones you wish were still around, even if it’s only in high-fidelity.

The ever-prepared end-of-life memorabilia industry now offers to provide a deceased's successors with an actual vinyl record, containing not just carefully mixed audio scraps, but images and other graphical details, printed right on the label of the disc.

Youtube / Super Deluxe
Plastic Fantastic: Where do DJs get Their Vinyl Records From?

Jason Leach, the founder of And Vinyly, can make just such a disc for you. His punningly-named firm is just one small part of that end-of-life industry growing by leaps and bounds, as those mourning loved ones seek to go beyond simple window decals and tattoos as a means of expressing their undying devotion to those who have gone before.

Leach's And Vinyly is now seeking to expand production to meet a growing demand, alongside the renewed fashionability of audio vinyl records, which only recently began to outsell — just like old times — CDs in the music industry

"It was not intended to be a business," said Leach, a music producer by trade, adding, "It was the result of having a bit of fun with what at the time felt like a shocking and disconcerting inevitability."

Now that he's broken ground — so to speak — on the product, Leach is optimistic.

"It makes the perfect family record, which can be passed down the generations," he said, cited by BBC.

To make the flat and round record of your mourned family member or associate, Leach follows a path similar to that of making a normal vinyl audio disc, but he adds a pinch of the ashes from the cremated remains of the deceased, at an undisclosed stage in the creation of the artifact.

"It's a balance between adding enough ashes so as to be seen, but not so much as to affect the grooves' smooth playing," he said, according to the BBC.

In noting that the addition of human ashes would mar the recording by adding "extra pops and crackles," Leach observed that the imperfections are a reflection of "you."

Leach is currently averaging about two discs a month but is arranging to link with another unavoidable end-of-life industry: funeral homes, which can bundle the service into financially attractive package deals.

"This is about as close to time travel," as anyone will get, he added.

Vinyl records, unlike any other recorded audio format, have retained their cachet, and, beyond just the cool factor, you now can order empirical proof of the circle of your own life, and play it back on your own stereo system.

"The concept markets itself," Leach remarked.