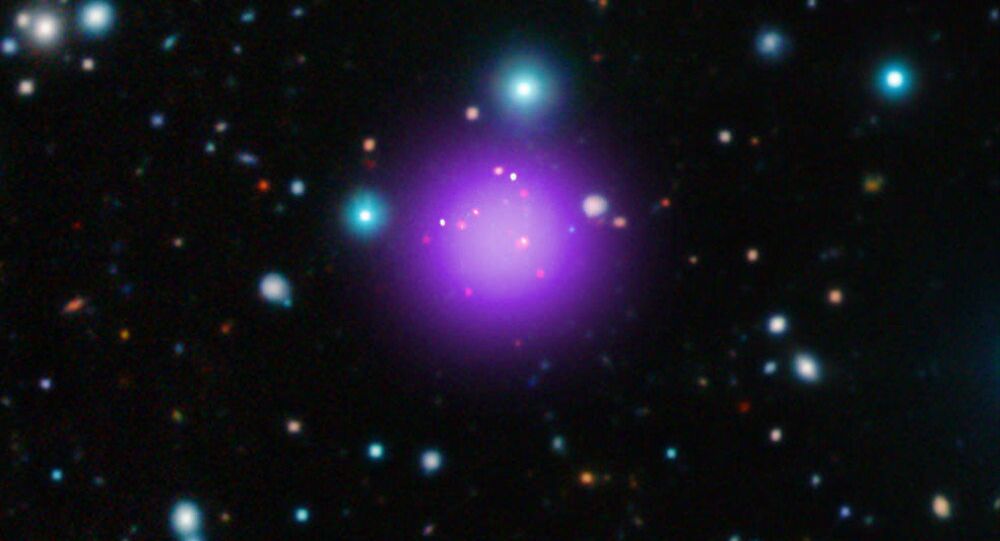 A burst of radio signals picked up by a telescope searching for extraterrestrial life was a surprise for the project scientists, Dr. Vishal Gajjar, a Postdoctoral Researcher at the UC Berkeley SETI research center, told Radio Sputnik.

Astronomers working on the Breakthrough Listen project have detected a mysterious radio signal from a distant galaxy. Last month, the Green Bank Telescope in West Virginia detected a burst of 15 brief but powerful radio pulses from FRB 121102, a source which has been traced to a dwarf galaxy about 3 billion light years away.

The Green Bank Telescope is one of several being used by the Breakthrough Listen project in the widest-ever search for extraterrestrial life. The survey, launched in 2015 by physicist Stephen Hawking and philanthropist Yuri Miller, is listening for messages from the 100 closest galaxies to ours.

Fast radio bursts (FRB) are brief, bright pulses of radio emissions from unknown sources. Dr. Vishal Gajjar, a Postdoctoral Researcher at the UC Berkeley SETI research center, told Radio Sputnik that the researchers were surprised to pick up so many from FRB 121102.

"It's quite an exciting time for all of us. We were looking for bursts coming from the sources but we were never expecting to find 15 of them," Gajjar said.

© Photo : NRAO/AUI
The Robert C. Byrd Green Bank Radio Telescope (GBT)
However, it is unlikely that the radio signals are being made by aliens, Gajjar said.

"This is not the only source that people have actually discovered so far. There are 30 such sources which people have found and they are all over the sky, all in different parts of the universe. That means that even if they are from aliens, the aliens are sending us a signal exactly the same way. It is unlikely that there are 30 different aliens sending signals in the same fashion."

© AP Photo / NASA, JPL-Caltech
'Dwarf's Revenge': Scientists Find Traces of Real 'Star Wars' in the Galaxy
"Although, I should mention that this is the only source which is known to repeat these bursts, so there are lots of explanations and obviously the ET explanation is also among them."

"We don't really understand the nature of the bursts yet and it will take some amount of time to dig through the data, to understand a bit more, to actually get the answer to that. At this moment it is still an open question, but we still think it's unlikely that ET is sending the signal," Gajjar said.