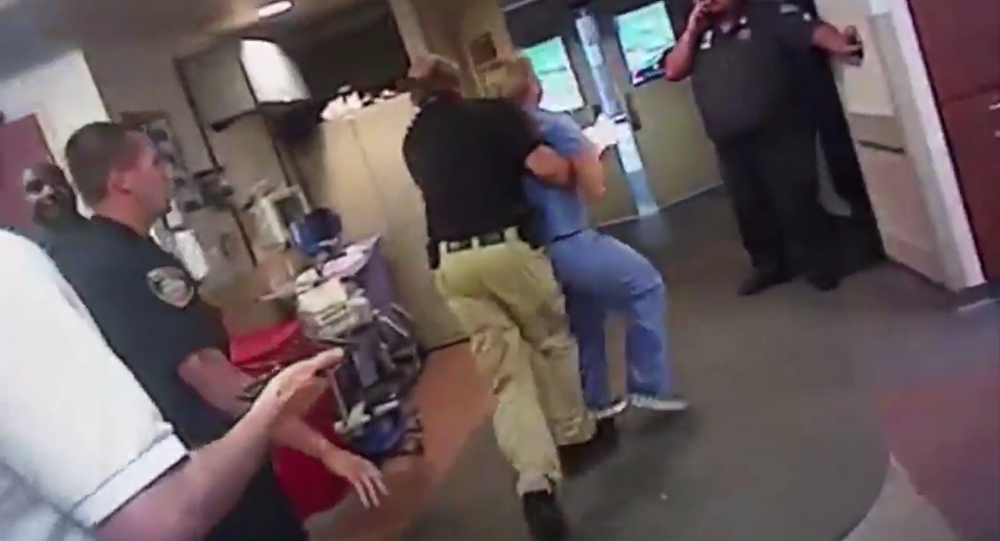 Alex Wubbels, a charge nurse at Utah University Hospital's Burn Unit, wound up being handcuffed and put into a police car for roughly 20 minutes on July 26.

Wubbels hadn't done anything wrong; she hadn't mistreated her patients or stolen medicine.

She was arrested for refusing to give Jeff Payne, a Salt Lake City police detective, vials of blood from an unconscious patient after the detective's request failed to meet any of the hospital or state's criteria for doing so. For protecting her patient's privacy, she was dragged roughly from her post and left restrained and frightened in a car.

​If law enforcement officers want to obtain blood samples they have to meet one of three requirements: the patient gave their consent, the patient was under arrest, or a search warrant was obtained.

Though Payne acknowledged they didn't meet the criteria, he still insisted the blood be taken, telling Wubbels she would be arrested and charged if she continued to refuse.

Shocked, the nurse called her supervisor, put them on speakerphone and explained the situation to see what could be done. The request was again denied and Payne snapped.

"Help! Help! Somebody help me!" Wubbels, recorded on Payne's body camera, is heard yelling as she's dragged out of the Burn Unit and placed in cuffs. "Stop! Stop! I did nothing wrong!"

But no one helped. Footage shows that neither a University of Utah police officer nor hospital security personnel took action as the nurse was restrained, according to the Salt Lake Tribune.

"I just feel betrayed, I feel angry, I feel a lot of things, and I am still confused," Wubbels said at a news conference calling for better police training Thursday. "I'm a healthcare worker, the only job I have is to keep my patients safe."

According to Payne's police report, even though he didn't meet the state and hospital standards, he did have "implied consent" to obtain the blood sample. However, Karra Porter, Wubbels' attorney, said at the conference that the "implied consent" stipulation was changed 10 years ago in Utah. And in 2016, the US Supreme Court ruled that warrantless blood tests were illegal. Wubbels appears to have been in the right.

"The law is well-established, and it's not what we were hearing in the video," Porter said. "I don't know what was driving this situation."

Though Wubbels wasn't charged and isn't planning on taking legal action against the police department, she's not ruling it out, either.

"I want to see people do the right thing and I want to see this be a civil discourse," the former Olympic Alpine skier said. "If that's not something that's going to happen and there is refusal to acknowledge the need for growth and the need for re-education, then we will likely be forced to take that type of step."

"People need to know this is out there," she urged.

Payne, who is still on active duty with the Salt Lake City police, was suspended from the department's blood draw program, which allows officers to be trained as phlebotomists. An investigation has been launched into the unlawful arrest of Wubbels.

"A blood draw: it just gets thrown around like it's some simple thing, but your blood is your blood," Wubbels said. "It's your property."

National Nurses United, a union for registered nurses, supported the stance Wubbels took against the demands. Calling the arrest "outrageous," Jean Ross, co-president of the union, said in a press release that "the first job of a registered nurse is always to protect and advocate for her patient, period." 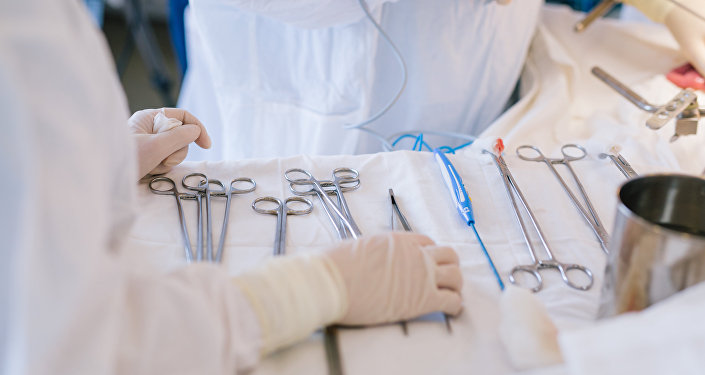 For Porter, what was also disturbing in the series of events was a comment made by Payne regarding his other job as an ambulance driver.

"I'll bring ‘em all the transients and take the good patients elsewhere," Payne is heard telling a fellow officer.

"Even if he's joking, this is not funny," Porter told reporters.

The patient at the center of the mid-July clash was a truck driver involved in a car crash. Police officers were trying to determine if he had illicit drugs in his system at the time of the collision, according to the Tribune.