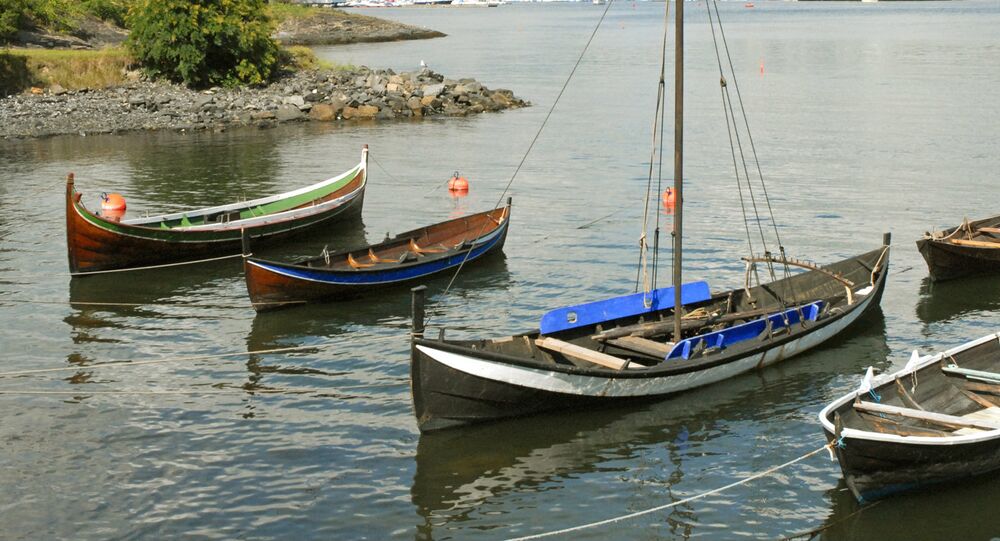 It is generally known that Heinrich Schliemann managed to excavate Troy by literally following the guidelines given in Homer's works. A Norwegian retiree seems to have repeated this feat by following a local legend, which allowed him to dig up a 17th-century boat.

For centuries, the old shipwreck has been buried in Kattmarka outside the town of Namsos in northern Norway. This summer, 72-year-old history enthusiast Ivar Amundsen dug up the eight meter-long boat in a Schliemann-like adventure.

© AP Photo
Sunken Submarine Baffles Norway (and Nope, It's Not Russian)
Some time ago, he came across an old legend about a boat that sank in the area in the 17th century, which immediately spurred him into action.

"I read the legend in a 19th-century pamphlet and began to see if I could find out more about the story," Ivar Amundsen told Norwegian national broadcaster NRK.

According to the legend, merchant Hermann from Lænd outside today's Namsos happened to insult the famous fortune-teller Lisbeth Nypan at a fair.

"Nypan then told Hermann that he would drown on his way home. Because this happened in the middle of summer, he calmly set sail and cast off," Amundsen narrated. However, the merchant suddenly encountered strong currents and had to drop anchor and leave his boat, which subsequently came off and crashed against a big rock.

For hundreds of years, this was an oral saga; it was first written down in the late 1800s. The abundance of names of local landmarks used in the legend, however, served as indications that the story could be true.

© Photo : NTNU University Museum
Unburying the Hatchets: Norway Discovers Two Dozen Bronze Age Axes
A landslip in 2009 altered the entire landscape, enabling parts of the shipwreck to become visible. Then, Ivan Amundsen stepped in and effectively dug the boat out with his friend Svein Buvarp.

"Wooden parts are well preserved after all the years in blue clay, and you can see that the boat was made by proper professionals. It's solid craftsmanship," Amundsen said. Boats of this type were used as freighters along the coast of Norway for hundreds of years.

However, very much like Schliemann, whose excavations later were condemned as amateurish, barbaric and having destroyed the main layers of the real Troy, Amundsen came under fire from archeology experts.

Archaeologist Fredrik Skoglund at the Norwegian University of Science and Technology (NTNU) is unhappy with people who attempt to dig and investigate old objects on their own. The local enthusiast may therefore face penalties for violating the Cultural Memory Act.

"This is a case that started at the wrong end of our part. Now we have to investigate the wreck because it was uncovered. Normally, we are the one who dig up such objects," Fredrik Skoglund told NRK, expressing doubts that the boat really dates back to the 17th century.

Nevertheless, archeologists have already taken samples of the wood and made a 3D model of the vessel to date it more accurately.

As for Lisbeth Nypan the soothsayer, her fate is well-known. She was burned at stake as a witch in Trondheim in the fall of 1670.