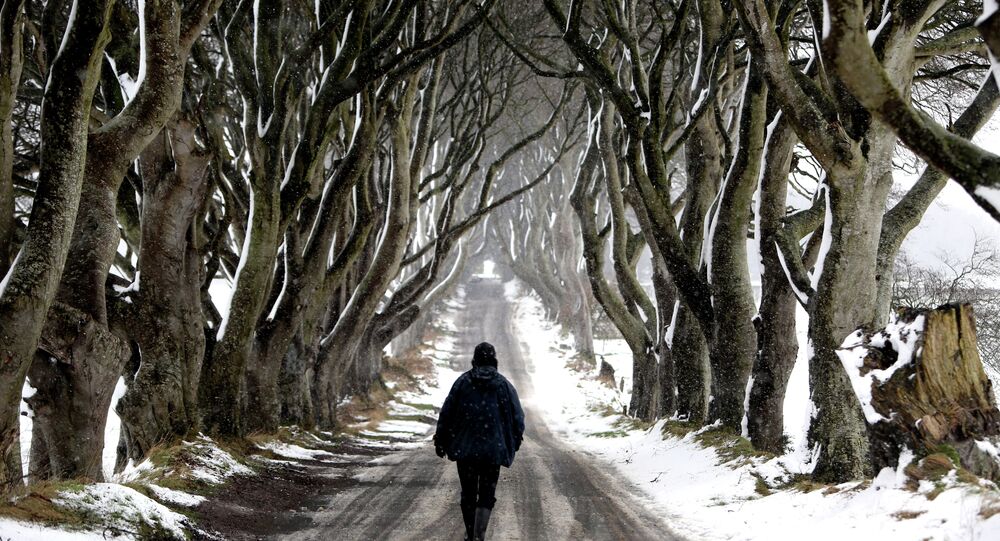 The soaring popularity of HBO’s Game of Thrones series in China has led to a surge in tourism to places where the show was filmed.

Chinese travel agencies report a surge in tourists from China to destinations that, until now, haven’t exactly been top of the list, such as Northern Ireland, Croatia and Iceland. And according to Sputnik China, this new tendency is a direct result of the Chinese viewers’ interest in the Game of Thrones TV series that was filmed at these locations.

For example, according to Chinese travel agency Ctrip, the number of tourists from mainland China who booked a trip to Croatia during the first half of 2017 has increased by 300 percent as compared to the year before, while the number of booked tours to Iceland increased by 148 percent.

© AP Photo / HBO, Keith Bernstein, File
Artificial Intelligence Writes Next Game of Thrones Book
As Sputnik China points out, the majority of these tourists are young people born in the 1980s, 1990s and 2000s.

Similar events occurred before, as popular 2012 Chinese comedy "Lost in Thailand" triggered a massive flow of Chinese tourists to the country, with China becoming the biggest source of tourists for Thailand in 2013.

"The places where some successful movies were filmed attract tourists from many countries, especially from China. Take the Thai resort of Phuket, for example. There is an island there where one of the James Bond movies was filmed, which then became a tourist attraction and the resort’s calling card. In the 1990s Zhang Xianliang made an interesting film about northwestern China, and tourists flocked to those places in droves… I wouldn’t be surprised if after the success of Wolf Warriors 2, which is set in Africa, our (Chinese) tourists would flock there as well," prominent Chinese movie producer Wu Jiang told Sputnik.

He pointed out a similar tendency is prevalent among the elderly Chinese who watched old Soviet movies like "Battleship Potemkin" and "Lenin in October" and took a keen interests in places where those movies were filmed.

"They head to St. Petersburg to visit the cruiser Aurora because they’ve seen this ship in the movies. They go to the main gates of the Winter Palace because they remember the workers and peasants in military garb stormed them in the movies," Wu Jiang remarked.

The producer also added that today Russian movies are not as popular in China as before, and that the number of young Chinese tourists seeking to visit Russia after watching a movie set there is very low.