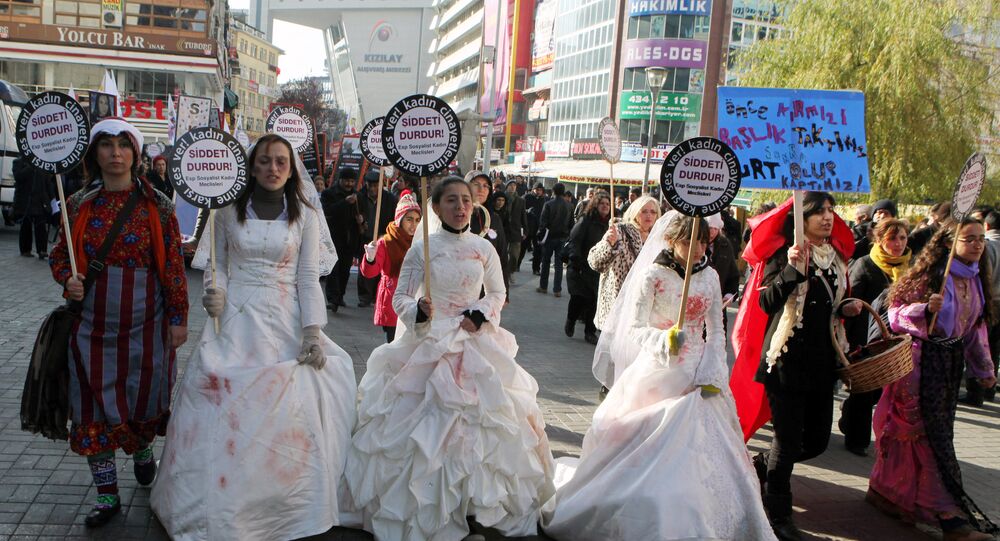 On Monday, police officials in Lod, a city in Israel southeast of Tel Aviv, arrested a man in his 20s moments before he wed a 14-year-old girl.

The Israeli Ministry of Social Affairs and Social Services were alerted to an impending child marriage in Lod and notified the Israeli Police Department to take swift action. The legal age of marriage in Israel is 18.

The father of the bride, who is also the rabbi of the Breslov Hasidic community, was supposed to officiate the wedding. Both the groom and father were detained by officers and later released on conditional house arrest, according to The Times of Israel.

Despite child marriages being illegal, representatives from the local welfare ministry confessed that they still take place secretly, even after officials have intervened.

According to a 2016 report by the Israeli Parliament or Knesset's Law and Justice Committee, 716 underage marriages took place in Israel in 2014 and 2015, but only 37 of those cases were investigated by officials.

Israel is not the only industrialized country with a child marriage problem: the United States has one, too.

Advocacy groups, like the Virginia non-profit Tahirih Justice Center, which works to end violence against women, estimate that between 2000 and 2015, more than 200,000 children — mostly girls — were married to adults in the United States.

According to the advocacy group, state laws may actually be contributing to the child marriage issue. Twenty-five states do not define a minimum age at which a person can get married, and more than eight states have marriageable ages lower than 16. In Alaska and North Carolina, children can get married as young as 14; in New Hampshire, girls and boys can get married at 13 and 14, respectively.

The Tahirih Justice Center is working to propel lawmakers to identify and correct loopholes in their state's statutes that make child marriages permissible.

"If I'd have refused, my father and brothers would have killed me," 13-year-old Eliza told The Associated Press. Eliza was forced by her father to marry a 35-year-old man from their town, Rumbek, in South Sudan, in exchange for 50 cattle.