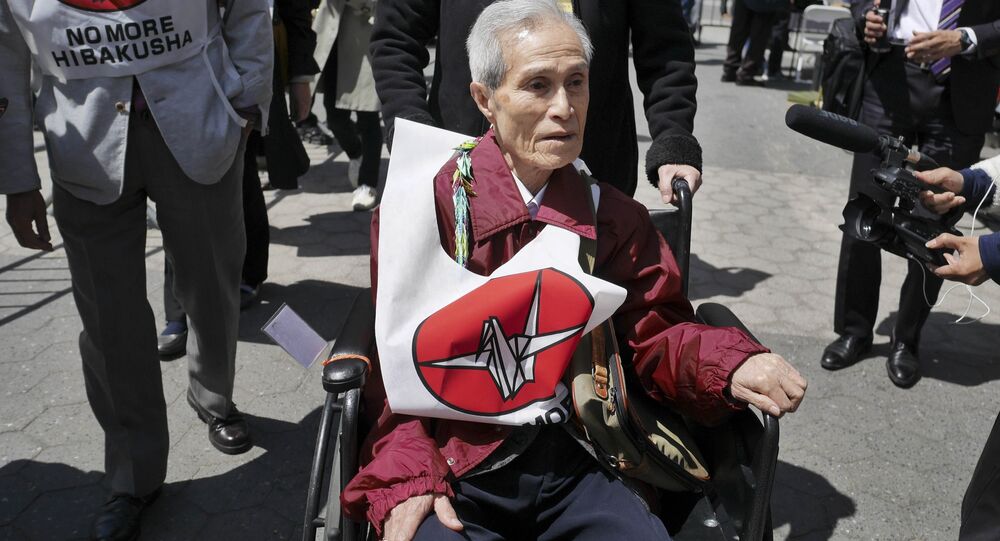 A survivor of the Nagasaki atomic bombing, which killed about 80,000 people in 1945 during World War II, has died at the age of 88.

Sumiteru Taniguchi was delivering mail right before the United States dropped a nuclear weapon on his town that fateful August 9, The Japan Times reported. He was only 16 years old, and was riding his bicycle 1.1 miles from the blast. He ended up with terrible scarlet-colored burns on his back and left arm.

"All of a sudden, after seeing a rainbow-like light… I was blown by a powerful blast and smashed to the ground," Taniguchi said at a Nagasaki bombing commemoration ceremony in 2015.

"When I woke up, the skin of my left arm from the shoulder to the tip of my fingers was trailing like a rag. I put my hand to my back and found my clothing was gone, and there was slimy, burnt skin all over my hand. Bodies burned black, voices calling for help from collapsed buildings, people with flesh falling off and their guts falling out… This place became a sea of fire. It was hell."

The valiant survivor had to spend approximately three and a half years in the hospital to heal, after which he was inspired to share his experience around the world as a nuclear disarmament campaigner.

A United States military motion picture film of him being transported to the hospital following the bombing was released by media in 1970, making him known worldwide.

As a chairperson of the Japan Confederation of A- and H- Bomb Sufferers Organizations, he also advocated for easing requirements for the government's medical allowances for those suffering from radiation-related diseases connected with the atomic detonations.

He told AFP in a 2003 interview, "I fear that people, especially the younger generations, are beginning to lose interest."

"I want the younger generations to remember that nuclear weapons will never save humanity. It is an illusion to believe that the nuclear umbrella will protect us."

During the 2010 UN review conference for the 1968 Nuclear Non-Proliferation Treaty, he held out the famous picture of himself covered in burns to the audience. "I am not a guinea pig, nor am I an exhibit," he told them. "But you who are here today, please don't turn your eyes away from me. Please look at me again."

According to Nihon Hidankyo, a group representing survivors of the atomic bombings in Hiroshima and Nagasaki, Taniguchi, who was also once a Nobel peace prize candidate, died of a form of pancreatic and bile duct cancer Wednesday at a hospital in Nagasaki.

Missiles Soar Over Japan as Hurricane Fallout Continues in Houston