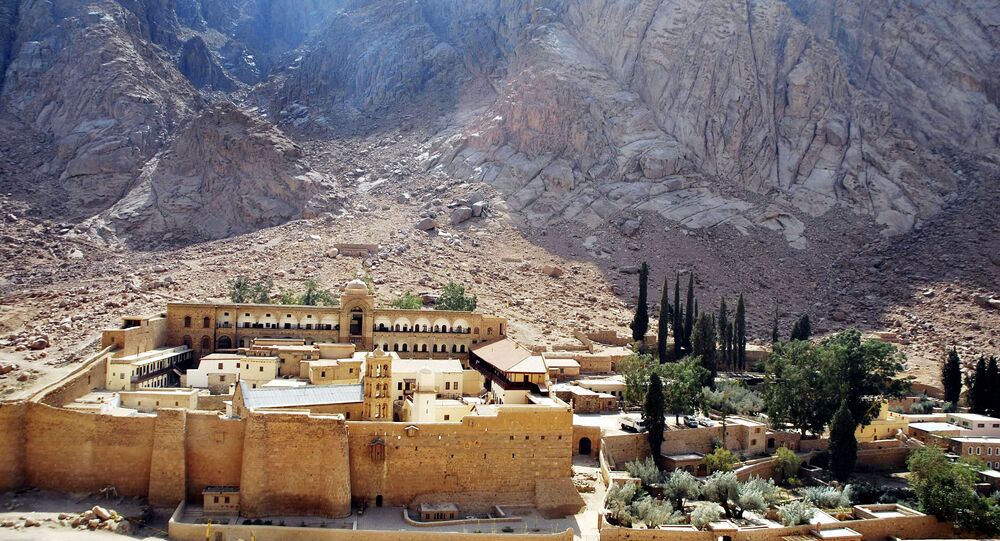 ‘The Age of Discovery is Not Over’: Lost Language Found in Erased Egyptian Texts

Scientists recently discovered ancient writings in the now-extinct Caucasian Albanian language that have existed since the Dark Ages on parchments at the Saint Catherine monastery library in the southern part of Egypt’s Sinai Peninsula.

Officially known as the Sacred Monastery of the God-Trodden Mount Sinai, it purportedly sits where Moses heard the Ten Commandments from God as described in Exodus in the Hebrew Bible. The monastery's library is one of the oldest operating libraries in the world.

According to researchers, monks used to write their texts on parchments, which were later scrubbed away by future generations in the 8th and 12th centuries so that Bible verses could be written on them instead. As a result, lots of ancient text was thought to have been lost forever.

However, a new specialized imaging technique now allows researchers to see the original text — not visible to the naked eye — that was first written on the parchment, allowing researchers to view what was thought to have been forever lost to the historical record.

Some of the hidden text that the researchers discovered at the monastery had words written in Caucasian Albanian, an extinct language from the Northeast Caucasian family.

The researchers also found medical texts written in ancient Greek by well-known authors such as Hippocrates.

According to The Times, researchers used photographs of the parchment from various angles and different parts of the light spectrum to match the images to a computer algorithm.

This new technique may be very useful in bringing additional hidden and lost texts to light. "The age of discovery is not over," Michael Phelps from the Early Manuscripts Electronic Library in California told The Times.

"In the 20th century new manuscripts were discovered in caves. In the 21st century, we will apply new techniques to manuscripts that have been under our noses. We will recover lost voices from our history," Phelps added.

Is It Alien? Ancient Toddler's Skeleton With Extended Skull Found in Crimea