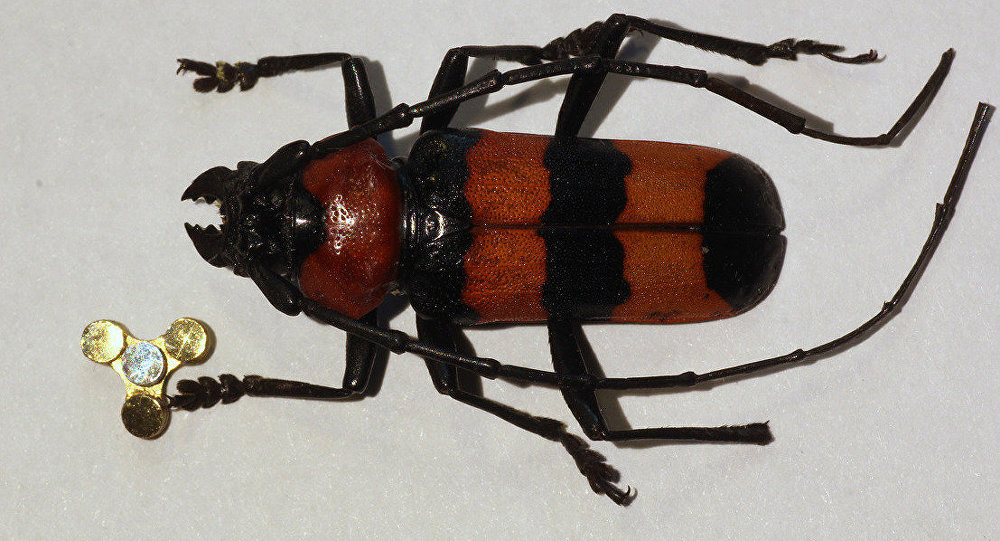 Siberian artist Anatoly Konenko, famous for his record-smashing micro-miniature creations, made the smallest fidget spinner in the world, which is only 8 millimeters wide!

Regina Konstantinova — Now that fidget spinners are literally everywhere, Russian artist Anatoly Konenko from Omsk has recently created one for… an insect! The tiny toy was made at the request of his 6-year-old granddaughter, Konenko told Sputnik. The girl had her own spinner and asked if her skillful grandpa could do one for a butterfly, so he promised to try.

© Photo : Anatoly Konenko
The smallest fidget spinner in the world

A three-petalled miniature spinner is difficult to see with the naked eye. "The toy for a butterfly" weighs 0.31 grams and is 8 mm (0.31 inches) in diameter. "It took about a week to create the spinner. To date, it is the smallest functioning miniature spinner in the world," Konenko said. 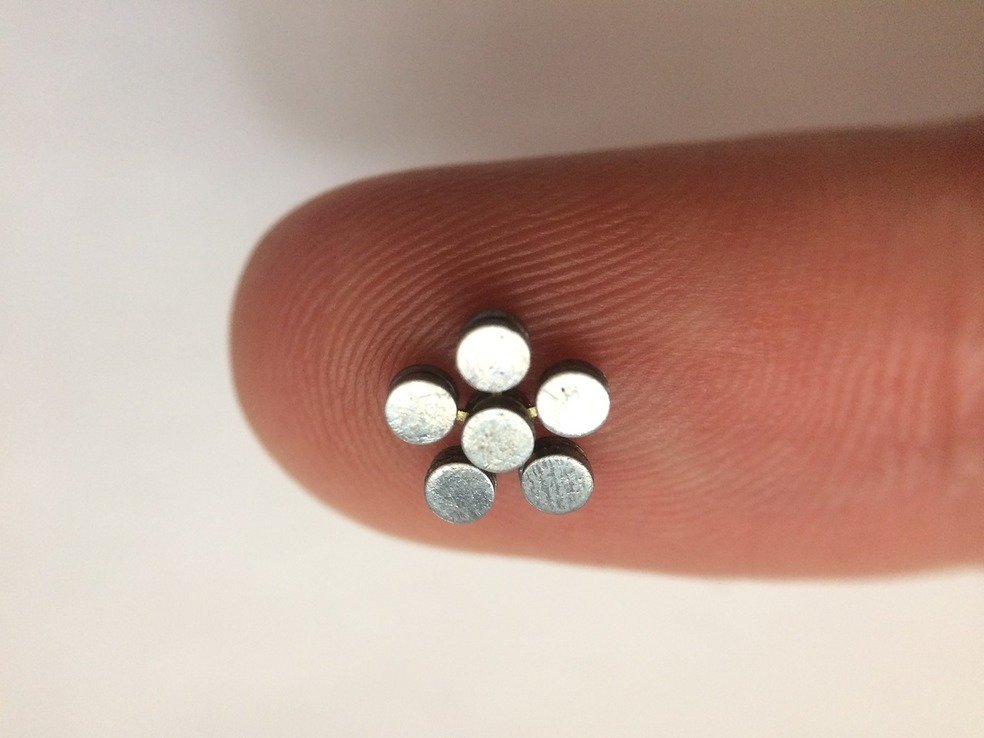 © Photo : Anatoly Konenko
The smallest fidget spinner in the world
The artist created several versions of the spinner, with three and five segments. The toys are made of gilded and silvered lead. According to Anatoly, he has already submitted an application to the Russian Book of Records to make his record official. "I am capable to make a spinner even smaller than this, but I didn't aim to," he said.

© Photo : Anatoly Konenko
The smallest fidget spinner in the world
Konenko is a well-known master of miniature paintings and sculptures. In 1996, he was featured in the Guinness World Records for creating the world's smallest book, an edition of "Chameleon" by Anton Chekhov. The itsy-bitsy book, which measures 0.9 x 0.9 mm, includes 29 pages, 3 color illustrations and a portrait of Chekhov. In 2010, he published 9 books of less than 1 mm, the smallest of which was 0.1 x 0.1 mm.

Youtube / Sputnik
Spin Me Right Round: British Enthusiast Makes the World's Largest Fidget Spinner
In Russia, the Siberian craftsman is also known for shoeing a flea with golden "horseshoes" measuring 0.25 x 0.2 mm, which is six million times smaller than the real horseshoe. Among his other most renowned creations are a violin for a grasshopper and a camel caravan packed in the needle's eye.

Konenko also hit the headlines of the global news outlets after he created the smallest aquarium with real fish. It is just 30 mm wide, 24 mm high and 14 mm deep — enough to hold just 10 ml of water.

Dog Freaks Out Over Fidget Spinner

Even Cats Are Becoming 'Infected' With Fidget Spinner 'Plague'