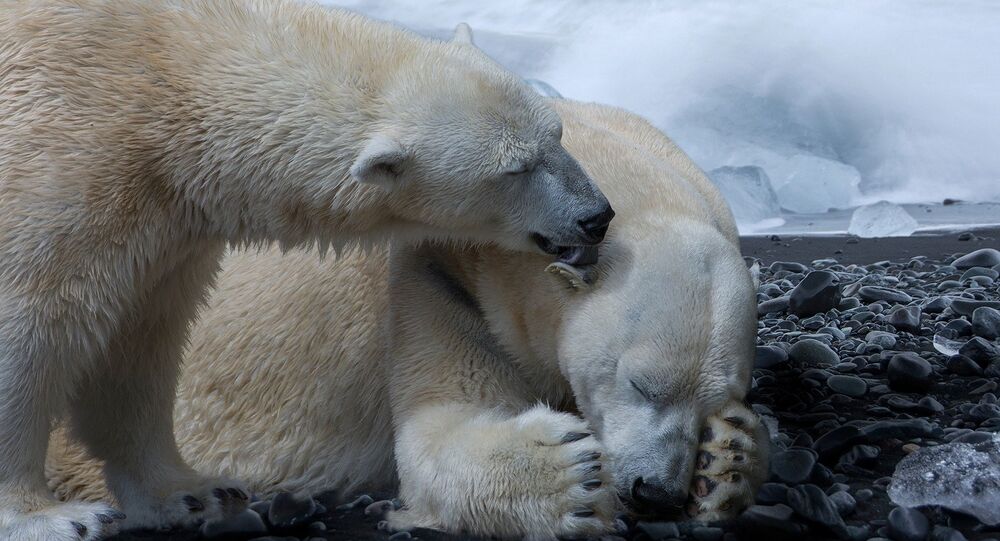 Usually, it's bears that frighten humans. Sometimes, though, it's the other way around. A Norwegian man, who was caught scaring polar bears on the Norwegian island of Svalbard, has been given a substantial fine for spooking local wildlife.

During a snowmobile expedition in the Norwegian far north earlier this year, a polar bear was spotted standing still, some 900 meters away. Their guide decided to approach the predator to take a closer look, effectively spurring the animal to flee.

© CC0
Mind the Gap! Norway About to Lose One of Its Most Famed Attractions
This seemingly harmless encounter nevertheless cost the unlucky offender 12,000 NOK ($1,530) due to the exceptionally harsh nature of Svalbard's laws.

"The regulations specifically state that it is forbidden to approach polar bears in such a way that they are disturbed, regardless of the distance," the Svalbard governor's office said in a statement cited by the Norwegian TV channel TV2.

Svalbard, located 1,600 km from the North Pole and twice the size of Belgium, is known to be home to a thousand polar bears, which've enjoyed protected status since 1973. According to aerial estimates by the Norwegian Polar Institute, there were about 3,000 polar bears in the Barents Sea area. By contrast, Svalbard's main settlement, Longyearbyen, boasts a population of about 2,000 residents, as opposed to 2,600 in the entire archipelago.

Beware of the polar bears past this point! #svalbardproblems #travel pic.twitter.com/zoqkMrrc8o

​A range of Svalbard polar bear tours and safaris takes place between May and September, amid the midnight sun and melting ice, which both facilitate navigation.

The Polar bear is the largest bear species on Earth, with males often reaching weights of up to 700 kilograms. In 1995, a male bear weighing a record 850 kilograms was shot on the Svalbard island of Hopen.

© CC0
The Sting: Deadly 'Monster Wasp' Throws Norwegians Into a Tizzy
Over the past 40 years, five deadly attacks have been recorded on Svalbard.

Most notably, a starving polar bear attacked a party of schoolchildren organized by the British School Exploring Society some 40 kilometers off Longyearbyen in August 2011. After inflicting deadly wounds on one of the pupils, the bear was shot dead by one of the expedition leaders, who himself suffered severe head and facial injuries.

A subsequent enquiry by Norwegian investigators ruled that that the attack could have been prevented had the expedition members stayed in cabins instead of tents, used guard-dogs and had deployed someone on polar bear watch. However, since none of these additional safety precautions were required by law, none of the leaders faced prosecution.

Polar bear making its way across the Arctic Ice in search of its next meal. So much ice, so few seals #polarbear #travel pic.twitter.com/OnRXXzwLwJ

​However, it is legally binding to carry polar bear deterrents, usually a heavy caliber signal pistol. Pepper spray, on the other hand, is discouraged by the Svalbard authorities.