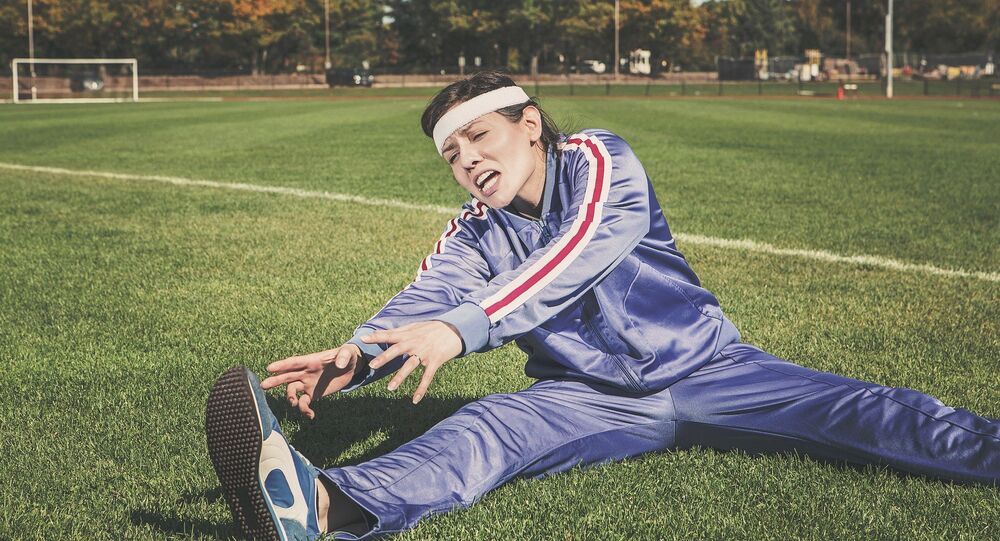 The Best Way to Exercise and Stay in Shape... Pass Me a Pill Please!

Keeping fit can be exhausting as most gym bunnies or joggers will readily testify. Now a simple solution that actually allows you to stay in shape without even moving a muscle may be just around the corner.

Scientists in both the United States and Britain are close to developing a tablet that will provide all the benefits of fitness training without necessarily spending hours getting hot and sweaty.

Clearly the prospect of an "exercise pill" will go down well with couch potatoes, long-distance lorry drivers and even office workers shackled to their desks.

However researchers insist it could also transform the lives of people who are unable to exercise because of obesity or serious physical disabilities.

​The first breakthrough came after scientists found an experimental drug that allowed mice to run on a treadmill for 270 minutes before exhaustion set in. Mice that went without the drug lasted only 160 minutes before reaching their physical limit.

Indeed, it was later discovered this endurance boost was accompanied by other apparent health benefits.

Mice who had the drug over an eight week trial period tended to put on less weight.

​Their blood sugar levels were also better suggesting a pill might also help people with diabetes.

Scientists led by Ronald Evans at the Salk Institute for Biological Studies in San Diego made the discovery after they set out to explore what endurance meant on the molecular level.

"If we really understand the science, can we replace training with a drug?" Professor Evans said.

His team turned to a drug known as GW501516 which had previously been shown to improve stamina and burn fat faster.

Through a series of tests with mice on treadmills, Evans found that the drug changed the activity of nearly 1000 genes. Many of the genes that became more active were involved in the breakdown and burning of fat. But other genes were suppressed, including some that convert sugar into energy.

Writing in the journal Cell Metabolism, the scientists say the findings might explain why runners, cyclists and others athletes can "hit the wall" when they push themselves hard.

They revealed the drug makes the body burn fat faster, but also burn sugar more slowly. The upshot is that, on the drug, the drop in blood sugar level that is responsible for the feeling of hitting the wall happens much later than normal.

"In endurance sport competitions, such as cycling, marathon runs, race walking and cross-country skiing, 'hitting the wall' is a dramatic demonstration of sudden and complete exhaustion," the researchers explained.

But the drug, which achieves its effects through muscle proteins called PPARD, "is sufficient to dramatically improve endurance capacity."

"Exercise activates PPARD, but we're showing that you can do the same thing without mechanical training. It means you can improve endurance to the equivalent level as someone in training, without all of the physical effort," said the paper's first author Weiwei Fan.

The compound was originally developed by what is now GlaxoSmithKline and a US company called Ligand Pharmaceuticals in the 1990s. Intended to treat metabolic and cardiovascular disease, it was later abandoned, apparently after a number of studies found that high doses might cause cancer.

But despite the drug being dropped commercially, scientists continue to study the compound.

© CC0 / Pixabay
One Quarter of the World Now Overweight or Obese

British boffins are also involved in a similar project although they stress you shouldn't cancel your gym membership just yet as an "exercise pill" is still years away.

Professor David Beech, of the Leeds Institute of Cardiovascular and Metabolic Medicine, has identified a key protein the body releases during workouts.

Called Piezo 1, it acts as a sensor by boosting blood flow to the brain and muscles to sustain activity. At the same time it restricts the amount pumped to the stomach and intestines.

His team say this release of protein could be triggered by a pill containing a known compound named Yoda 1 — after the Star Wars Jedi master.

​The academic insisted any drug was unlikely to be trialed by humans for at least five years and would not fully do away with exercise.

But Professor Beech said, "It could be taken in addition to a walk, for instance, so that a walk becomes more like a run."

The academic insists any drug would not fully replace exercise.

Do You Even Share? Exercise Is Contagious and Social Media Spreads It