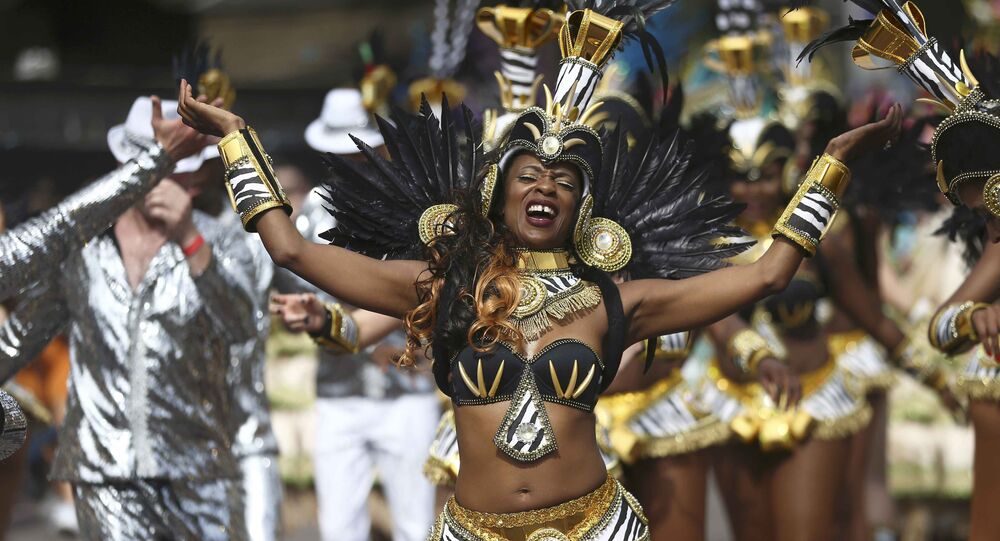 Thousands of people will be attending the Notting Hill Carnival in London this weekend. But this year's event will be overshadowed by the towering inferno at nearby Grenfell Tower, which killed 80 people and made dozens homeless.

The carnival, which has been held every year since 1966, is an opportunity for the city's black community to celebrate their Caribbean roots with music, dancing and traditional food.

Earlier this week the Met was heavily criticized after it carried out drug raids across London and tried to link them to the carnival.

On Tuesday, August 22, grime artist Stormzy tweeted sarcastically and since then many people on social media have mocked the force's linking of drug raids and the phrase "in the run-up to the Notting Hill Carnival".

​But this year's event, taking place on Sunday, August 27, and Bank Holiday Monday, August 28, will literally be held in the shadow of a disaster.

In the early hours of June 14 a blaze broke out and rapidly spread through the 24-story tower block in north Kensington, west London. Eighty people died, many more were injured and dozens were made homeless.

The blackened hulk of the tower remains and is visible from the route of the carnival.

In July, it was announced that it would be surrounded the building with scaffolding and then a special wrapping material during August, prior to further forensic work and would be finally demolished next year.

But the Metropolitan Police told Sputnik the wrapping would not be erected in time for the carnival.

On both the Sunday and the Monday the carnival will be silenced to pay a minute's silence to the dead.

Of those who died, only 53 have been formally identified, with many burned beyond recognition or reduced to ashes by a blaze which reached thousands of degrees Celsius.

A team of forensic scientists and scenes of crime officers are still poring through the rubble in the tower and detectives are conducting a criminal investigation into whether any individual or organization is responsible for corporate manslaughter or other charges.

In the run up to #NottingHillCarnival my almond milk finished but I want bran flakes so I might risk it and use dairy milk instead https://t.co/kzpFdRb059

"Work will pause inside Grenfell Tower over the August bank holiday. This is due to the practical difficulties to access to the site caused by the infrastructure needed to host the Notting Hill Carnival. On Tuesday, 29 August work will recommence," said a Metropolitan Police spokesman.

"We have made changes to our policing operation for this year's Carnival to ensure that the local area around Grenfell Tower has extra officers on duty and protective barriers in place. This is to make sure that the security of the Grenfell Tower site is maintained and to protect the many items and memorials that have been placed near to Grenfell Tower," he added.

In the run up to #NottingHillCarnival I brushed my teeth with Colgate toothpaste this morning 🤷🏾‍♂️ yeah and…. https://t.co/iyEdQqiaK7

At a public meeting in July, the police's site manager, Michael Lockwood, said he expected the building would only disappear from the skyline late next year.

"Towards the end of 2018 I think we could start to bring it down, if that is what the community wants, and the scaffolding will help us to do that because we can do that within the wrap," he said.