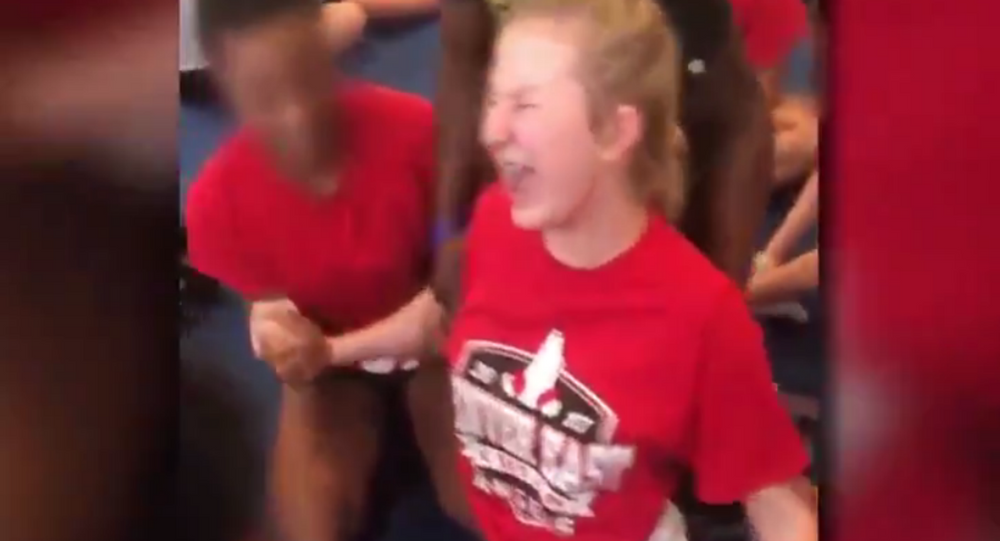 Police in Denver, Colorado, launched an investigation Wednesday after a video emerged showing a high schooler being forced into an extended split position by her coach.

​According to Alley Wakefield, the girl forced into the position, the incident occurred during the first week of cheer camp for her school, East High, back in June. Despite telling Ozell Williams, the newly hired coach, to "please stop" more than nine times, the 13-year-old had to wait more than 20 seconds before she was finally let loose from the excruciating pain.

"It was tearing my ligament and my muscle at the same time," Wakefield told KUSA-Channel 9. "He was pushing down on the back of my right leg. He was pushing, like, with his other knee on my back to try and keep my posture straight."

Recorded by two members of the cheer team on their cell phone, the footage was later shown to Wakefield's parents, who promptly wrote an email to Lisa Porter, the East High School athletic director on June 15.

"I have attached a video of the forced splits she and her other team members were forced to do at cheerleading camp and practices; unless they had a doctor's note. This is how Ally injured her leg," Kirsten Wakefield wrote. "My husband and I would like to know what the administration is going to do about my daughter's injury and how it happened."

For over two months, nothing happened, and the parents' complaints were roundly ignored. No one was reprimanded until a total of eight videos were anonymously sent to KUSA, which then published the story late Wednesday night.

Within hours of the Mile-High City outlet shedding light on the misconduct, the Denver Police Department released a statement saying they would be investigating the incident as a child abuse case.

But the Denver police wouldn't be the only ones to release a statement Wednesday.

© AP Photo / Mark Schiefelbein
High School Film on Transgender Issues Receives Mixed Reviews in China
"We absolutely prohibit any practices that place our students' physical and mental health in jeopardy," Tom Boasberg, the Denver Public Schools superintendent, said. "We do not and will not allow any situation in which a student is forced to perform an activity or exercise beyond the point at which they express their desire to stop."

Though Ozell Williams says he learned the technique growing up, Jim Lord, director for the Cheerleading Coaches and Administration Association, told AP that the technique was trashed "decades ago" since it forced athletes into painful stretches.

Lord added that coaches, including Williams, are expected to learn safe practices.

"You can definitely say that what was in the video could be seen in a different light," Williams told the Denver Post. "I would love to tell my story, but I can't say anything else at this time."

Williams, who is the founder of the Mile High Tumblers 5280, has taken a leave of absence from teaching tumbling classes until the investigation is closed.