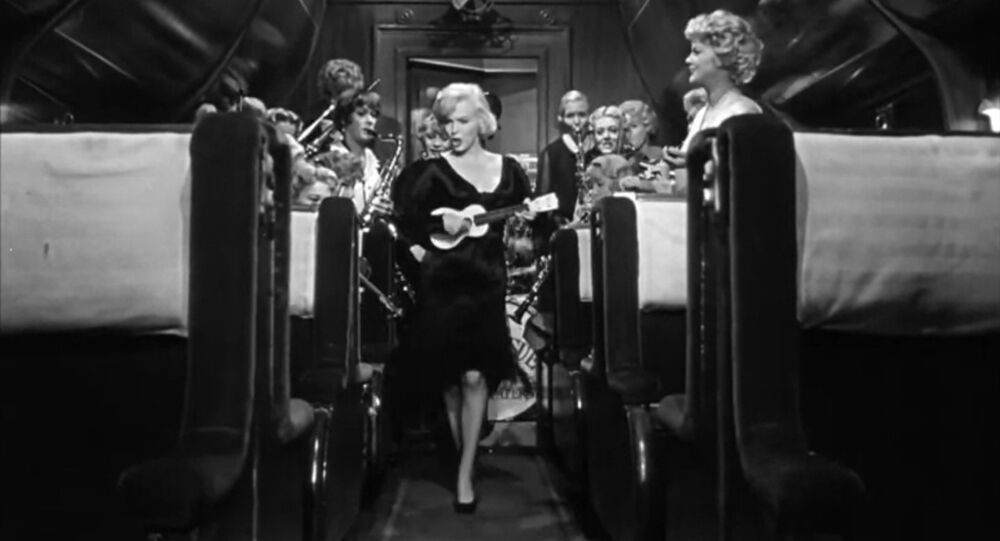 BBC Culture published a list of the 100 best comedies based on the answers of 253 cinema critics. The results are fairly curious.

The best comedy of all time is "Some Like It Hot" from 1959 by Billy Wilder featuring Marilyn Monroe and lots of cross-dressing.

The other four films from the top five are: "Dr. Strangelove or: How I Learned to Stop Worrying and Love the Bomb"; Stanley Kubrick's masterpiece about the Cold War; Woody Allen's "Annie Hall" — a gorgeous story of a New York comedian in love with the ditzy Annie Hall; "Groundhog Day" by Harold Ramis, in which Bill Murray relives the same day over and over again; and "Duck Soup", a 84-year-old comedy about the political intrigues of two fictional countries.

"Toni Erdmann" (2016) is the most recent film to make the top 100, while "Safety Last!" (1923) is the oldest. Four of Charlie Chaplin's films and four movies by Ernst Lubitsch made it on the list, while Rob Reiner, David Zucker and Woody Allen won three positions each.

In addition, the BBC found out that gender stereotypes overestimate things and that men and women have very similar comedic tastes. However, people from different countries do have different conceptions of what humor is.

© REUTERS / Mario Anzuoni
Wonder Woman Sows Discord in the Mideast
The poll procedure was simple and straightforward. The participants were to answer one question: "What do you think are the 10 best comedies of all time?" Films from any country and of any release date were eligible and the BBC did not define what a comedy is. The only request was to pick movies that are dear to the partaker's heart rather than those that possess some kind of ultimate and proved cinematic greatness.

The BBC polled 118 women and 135 men that represent 52 countries and every continent except Antarctica. The participants are all "professional moviegoers": some of them review films for various editions, some edit film coverage, some are academics who teach film studies at universities, contribute to scholarly journals or have written books; several film curators at museums and repertory cinemas also took part in the poll.