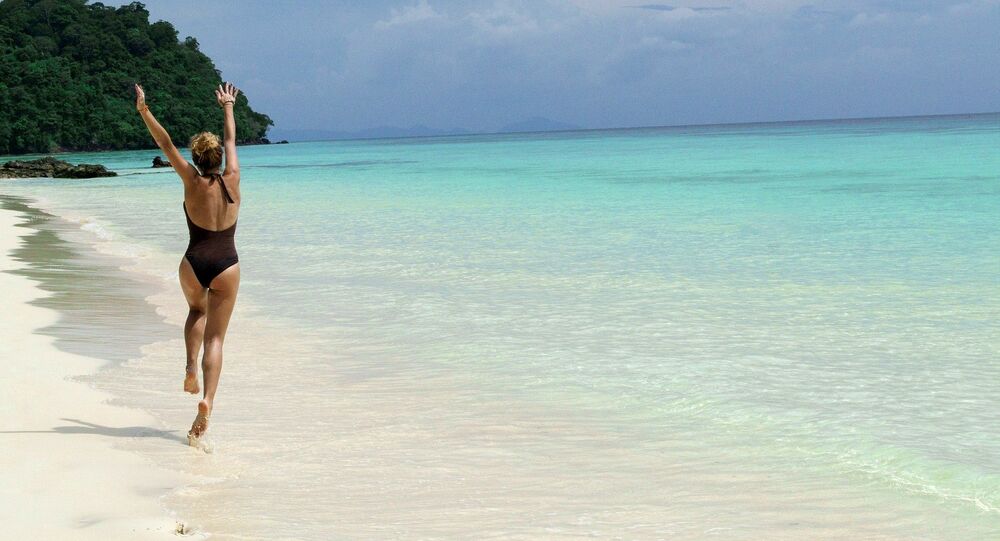 The Least Visited Country: Tourists Stay Away From Polynesian Paradise

Tuvalu, a tiny country in Oceania, is the least popular tourist destination of all, statistics say.

Due to intensive transport development, the world is rapidly getting smaller. More and more people pack their suitcases and set off to explore the planet — international tourist arrivals reached 1,235 million in 2016, according to the UN's World Tourism Organization.

However, there are still remoted places on Earth that do not seem to be affected by global tourism flows.

Tuvalu, an independent state with a population of 10,640 people, is located in the Pacific Ocean. While the world's top tourist destination, France, welcomed 82.6 million people in 2016, Tuvalu attracted only 2,000 brave-hearted explorers. However, the least visited country in the world has made substantial progress as only 1,000 people had made it to Tuvalu in 2014.

In comparison, 75.6 million people visited the US in 2016; the same number of people came to Spain, while 56.9 million went to explore China.

© Sputnik / Maria Sidibe
Come One, Come All: North Korea Aims to Become Tourist Magnet
The island nation of Tuvalu lies within the Polynesian triangle, about halfway between Hawaii and Australia. The tiny nation is spread across nine islands with a total area of just 26 square kilometers (10 square miles). Tuvalu, a former British colony, became a sovereign state within the Commonwealth of Nations in 1978. Its head of state and and reigning constitutional monarch is Elizabeth II.

It is not that hard to explain why Tuvalu is not flooded by tourists despite its pristine natural surroundings and low crime rate. The only way to get to the country by plane is to make your way to Fiji first and then take a two-a-half-hour flight to Tuvalu's capital Funafuti. The problem is that there are no direct flights from Fiji's only international airport to Tuvalu meaning that you will have to survive at least two layovers to reach the turquoise lagoons and fine sand of Tuvalu.

In addition, the country is facing dire impacts of a climate-induced rising sea level and intensifying storm events damage key infrastructure. In 2015, Cyclone Pam displaced 45 percent of the population. Hopefully, the new status of a world leader in at least something will draw international attention to the problems of Tuvalu's small community.

However, isolated island nations are not the only ones failing to attract tourists. Apart from Tuvalu, its closest neighbor Kiribati and other Polynesian and Caribbean states like Niue, Montserrat and the Marshall Islands, as well as a couple of European countries made it to the Top 10. San Marino and Liechtenstein were placed seventh and eighth, respectively, on the list of the least visited countries.