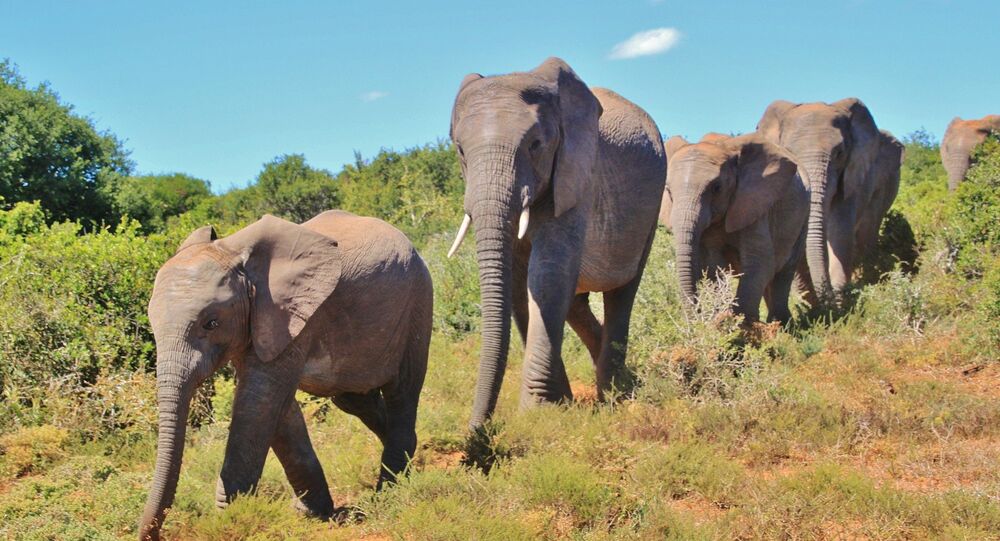 With no Dumbo in sight, regular non-flying elephants in Nepal took to rescuing roughly 500 tourists that wound up trapped in the Sauraha district of Chitwan, Nepal, after four days of monsoon rains pounding the area.

​"Some 300 guests were rescued on elephant backs and tractor trailers to [nearby] Bharatpur yesterday and the rest will be taken to safer places today," Suman Ghimire, head of a group of Sauraha hotel owners, told Reuters Monday.

​According to reports, the flooding ensued just moments after the Rapti River burst from its banks and proceeded to inundate local hotels and restaurants. The flooding has since claimed the lives of 70 people in Nepal — a number that may soon rise by 50 after dozens more were reported missing.

The Red Cross, which is helping with relief efforts, says up to 100,000 people have been affected in Nepal alone, leaving many without electricity or a way of calling for help. According to officials, 26 of the 75 districts in the country are reportedly under water or have been hit by landslides.

​"I have instructed authorities concerned to rescue flood victims, move them to safer locations and immediately provide relief to them," Prime Minister Sher Bahadur Deuba, expressing his concerns, stated in a press release.

Nepal isn't the only country in the region dealing with the monsoon-related flooding and landslides: for the last two days 15 people were killed and nearly 2.3 million were displaced in the nearby northeastern Indian state of Assam, officials told Reuters.