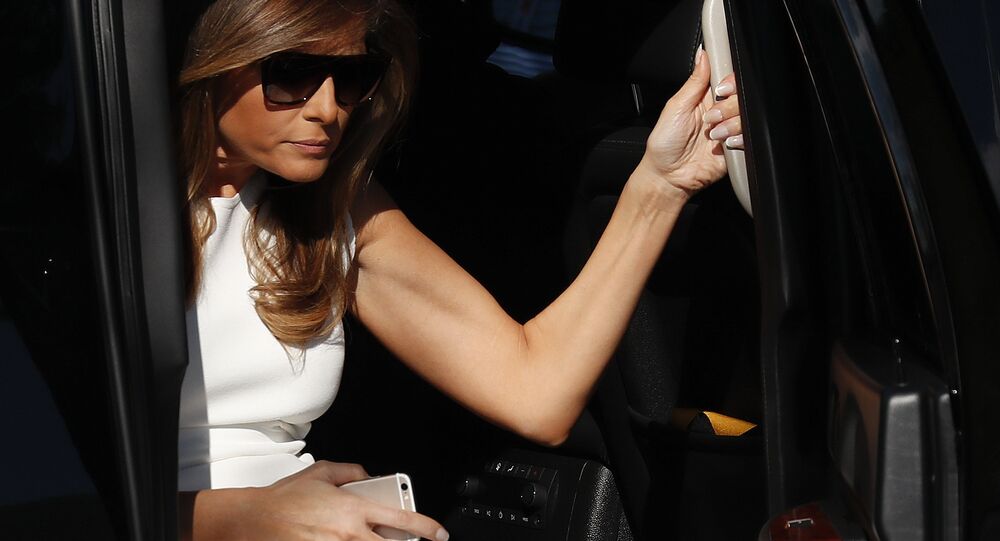 Her husband might consider her to be a mere showpiece, but when it comes to standing up to hate and injustice, Melania Trump has shown that she is willing to step into the breach long before her man has stepped down from his golf cart.

As the violent and tragic events unfolded in Charlottesville, VA, on Saturday, the US First Lady was not afraid to voice her dismay and call for calm, tweeting at 11:36am local Washington DC time that "No good comes from violence."

Her husband, however, the purported Leader of the Free World, showed that his wife is the person who leads by example, cited by the Huffington Post.

Said to be on a 17-day "working vacation" at one of his privately-owned golf resorts, according to White House statements, US President Donald Trump did not get around to responding to what has become the most high-profile organized racist action in the US in decades, tweeting well after a state of emergency had been declared by Virginia Governor Terry McAuliffe, that, "We ALL must be united & condemn all that hate stands for."

It appears that the First Lady, an immigrant herself, could be one to look to in times of crisis.