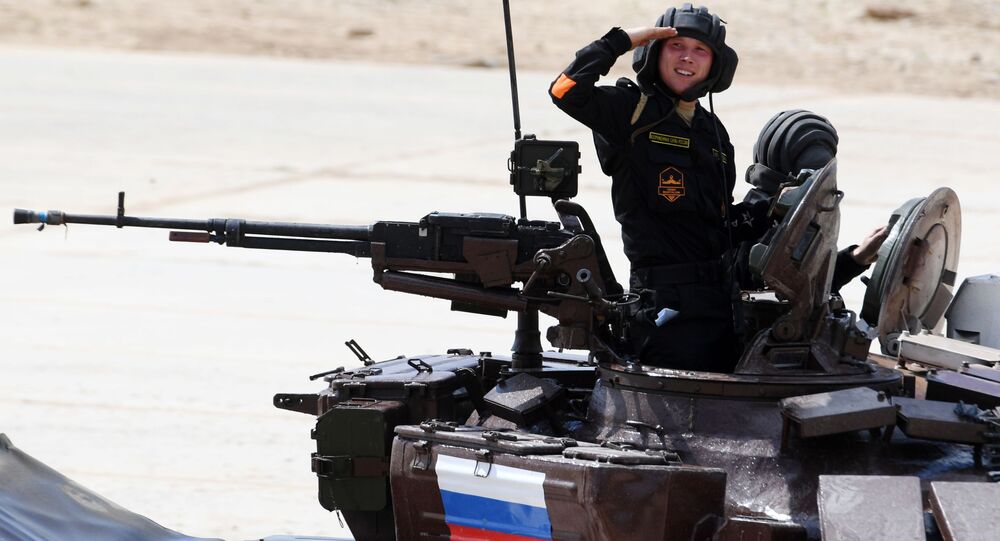 The "Clear Sky" contest of the 2017 International Army Games was not affected by the powerful earthquake that rattled the northwestern part of the country, the organizers of the event said Wednesday.

© Sputnik / Uliana Solovyova
Russia Ranks 1st in Int'l Army Games After 10 Days of Competition
KORLA (China) (Sputnik) — Contests of the ongoing International Army Games 2017, held in a number of countries, including China, were not affected by the powerful earthquake that hit a northwestern region of the country, a press center of the "Clear Sky" contest said.

"A powerful 6.3-magnitude earthquake in Xinjiang Uygur autonomous region in northwestern China did not affect the International Army Games," the press service said.

The epicenter of the earthquake was more than 100 kilometers (62 miles) away from the Chinese Korla range, where the "Clear Sky" contest was being held, the press service said. The organizers decided not to change the location of the contest, as there was no threat for either the participants or spectators.

The International Army Games 2017, hosted by Russia, Azerbaijan, Belarus, Kazakhstan and China, started on July 29 and will last through Saturday. It have been held annually since 2015 at the initiative of Russian Defense Minister Sergei Shoigu.

Playing With Weapons: Third Day of the 2017 International Army Games