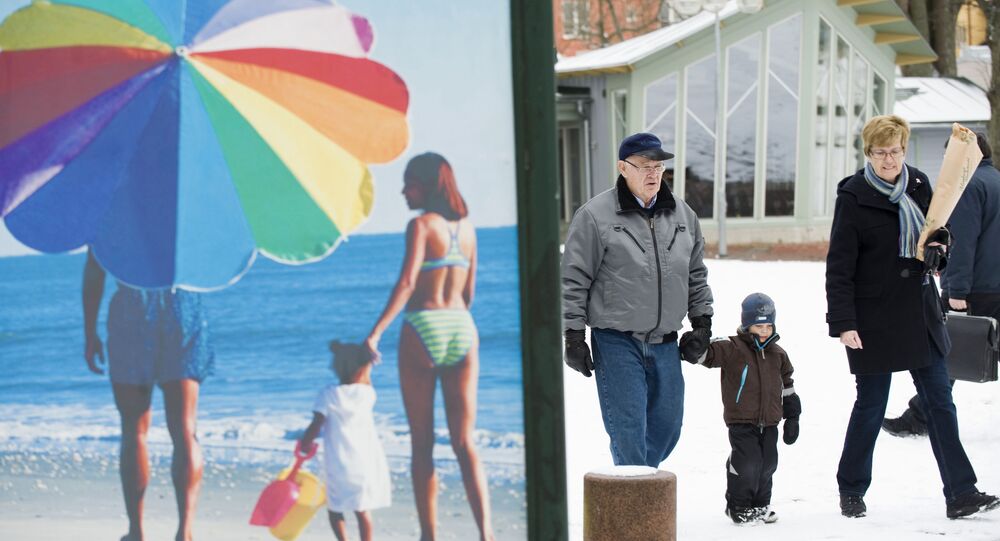 The Finns are known for their reticence, as well as their penchant for unconventional tournaments. Their latest contest will bring together people in the Finnish city of Kuopio to talk about the weather in the world's first small talk world championship.

© Photo : Youtube / KSF Video
The Great White Hop: Bunny Sports Sweep Scandinavia
At the end of August, Kuopio will host a championship in talking about the weather. The idea of this eccentric tournament is to give people the opportunity to speak out while sticking to the topic, as long as the eloquence and the strength of imagination permit. He who talks about the weather longest, is proclaimed winner.

The event is the brainchild of Korvanappiliitto ("the Earbud Society"), which has been around for only a year. Its mission is to invent and conduct new events in Kuopio.

According to the organizers, talking about the weather is the foundation of Finnish conversation.

"As far as we know, similar events have never been held anywhere else before. Well, is there anything more Finnish than a discussion about the weather? Anyone is free to take part in the championship. Finns are no established masters of small talk, but now we'll spare them at least the necessity of thinking up other topics of conversation," Korvanappiliitto Vice President Mari Väänänen told Finnish national broadcaster Yle, implying that it will be a fun event.

© Photo : Ilosaarirock Festival / facebook
Naked Facts: Hundreds of Finns Strip Off to Set World Record in Skinny Dipping (PHOTO)
According to the rules of the championship, participants are not confined to talking about the weather of the current day. Instead, they may recall the memorable weather of past years, or compare weather conditions in different cities.

Meanwhile, Finland is known as the homeland of a number of sports many would consider "oddball."

In addition to competitions that risen to more or less international fame, such as the Air Guitar World Championships, the lists of more obscure championships pioneered by Finns include Swamp Soccer, Wife Carrying (with the winner receiving the wife's weight in beer), Mobile Phone Throwing and Berry Picking.

While today's Finland is mostly seen as a winter sports nation excelling in skiing, it used to be a major track and field contestant in the pre-war decades. During the golden age of Finnish elite sports, the Nordic nation produced such champion long-distance runners as Paavo Nurmi and Hannes Kolehmainen, who achieved heroic status in the homeland, not least for embodying the Finnish trademark concept of 'sisu,' which roughly translates as a combination of persistence, determination and boldness.