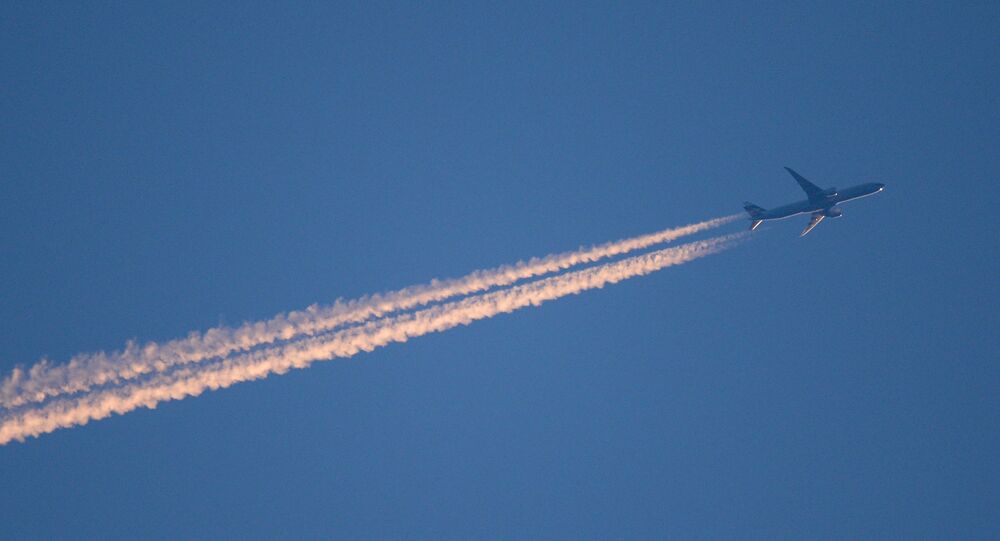 Heroes Among Us: WATCH Ukrainian Pilot Save 127 Lives During Blind Landing

Ukrainian pilots flying an airplane of the Turkish company Atlasglobal managed to safely land the machine despite being "blinded" by the smashed cockpit.

© AP Photo / Kevin Frayer
Air India Pilots Suspended for Forgetting to Retract Plane’s Landing Gear
On July 27, the plane with 127 passengers on board was flying en route Istanbul-Erkan when it was hit by a storm at an altitude of 1,200 meters.

The storm severely damaged the cockpit and the pilots who decided to return to Istanbul had to land the plane blind.

The video released online shows the landing of the aircraft. On the video, the Ataturk airport's employees shout: "It won't be able to land, it won't land," but the plane landed safely.

The hero who saved the lives of the passengers was Ukrainian pilot Alexander Akopov who has 30 years of flying experience.

This was reported by engineer-pilot Oleg Lungul on Facebook.

"Hello everyone, yesterday in Istanbul there was a hurricane and a hail the size of a chicken egg. The plane of the Turkish company Atlasglobal, navigated by Ukrainian pilots, was hit by the hail which completely destroyed the cockpit and damaged the front windows. The Ukrainian crew and two Turkish stewardesses showed courage during the incident," Lungul wrote.

According to him, the captain had to land almost blind, heeling over and controlling the process only through the window without opening it. When he landed the plane, everyone in Ataturk airport applauded. The pilots of other planes greeted the plane by flashing lights and came aboard to shake the pilots' hands.

"All Turkish channels showed the landing and when the guys came to the hotel, we all and the hotel staff came out and applauded them. It's really worthy of respect," Lungul noted in his publication.