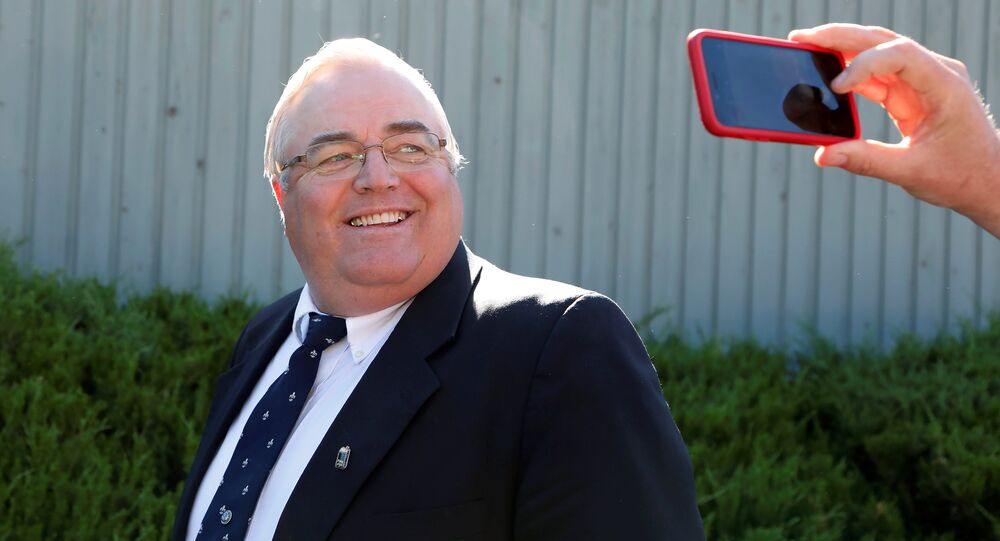 Two men from Canada have been found guilty of practicing polygamy. 60-year-old Winston Blackmore was married to 25 women and had 145 children, while James Oler, 53, was married to five women - however it is not known how many children he had.

© AFP 2021 / STR
More Honey, More Money: Iraqi MP Wants to Pay Men for Polygamy
Both men lived in British Columbia and were finally convicted after a legal battle which lasted over 20 years. Blackmore never denied that having the wives was part of his religious beliefs, which allowed him to have what he called "celestial marriages."

His lawyer Blair Suffredine has already said Blackmore would challenge the constitutionality of Canada's polygamy laws if his client was found guilty.

"I'm guilty of living my religion and that's all I'm saying today because I've never denied that," Blackmore told reporters after the verdict.

"Twenty-seven years and tens of millions of dollars later, all we've proved is something we've never denied. I've never denied my faith. This is what we expected," he added.

Under Canadian law the maximum penalty each man will face is five years in prison; both men will be sentenced at future hearings.

Both Blackmore and Oler are members of the Fundamentalist Church of Jesus Christ of Latter-Day Saints, which is a breakaway Mormon sect that believes in plural marriage.

The mainstream Mormon Church renounced polygamy in the late 19th century and disputes any connection to the fundamentalist group's form of Mormonism.

The trial of the men lasted for 12 days and included mainstream Mormon experts and law enforcement officials, as well as Jane Blackmore, a former wife of Winston's who left the community in 2003.

​"She was a careful witness," Madam Justice Donegan said.

"There was nothing contrived or rehearsed in her answers. She was impartial," she added.

Much of the evidence in the trial came from marriage and personal records seized by law enforcement at a church compound in Texas in 2008.