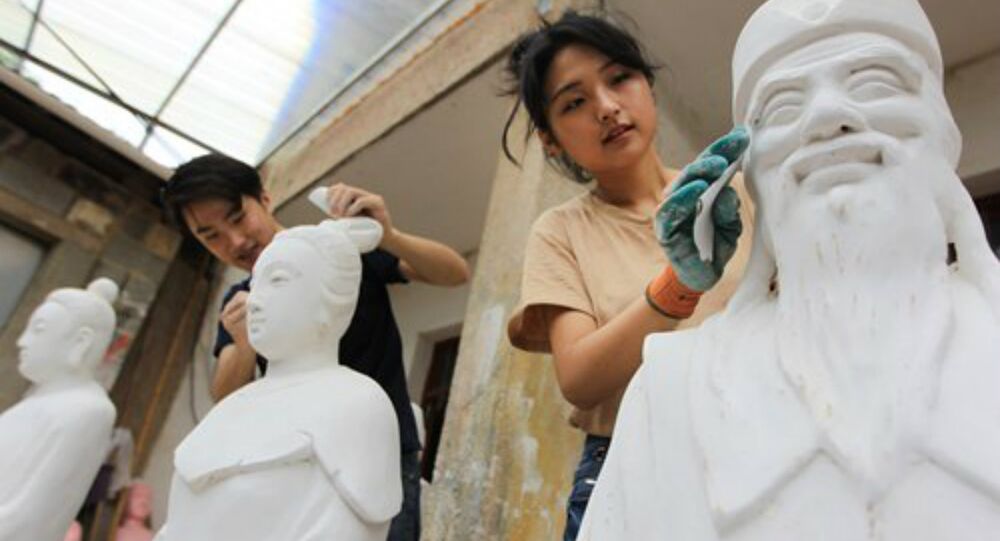 Holding a paint brush, Xu Mingsheng, 25, nimbly climbed onto a high stool in the hall of the Treasured Mirror Temple, a Taoist temple in a village in Huzhou, East China's Zhejiang Province, and started to paint statues of Taoist deities - the final step of a year-long project.

While most temple statues are mass produced with resin and molds these days, Xu and his wife Zhu Yue, a young couple in Huzhou's Daixi county, are engaged in a centuries-old craft: making mud sculptures. The family business is now the only remaining traditional mud sculpture business in northern Zhejiang. 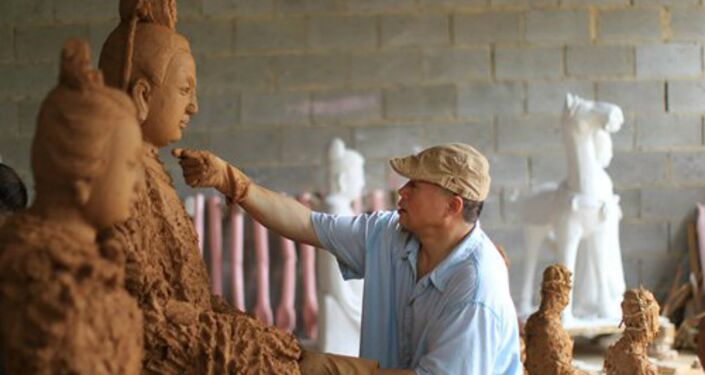 Yang Hui/GT
Xu Guoliang, from whom Xu Mingsheng learned the technique, helps to make sculptures at the workshop. Photo:Yang Hui/GT

Orders have been flooding as Zhejiang Taoist temples expand, and clients sometimes have to wait three years for their orders to be completed. "Many Taoist temples nearby are expanding, and many need new statues of Taoist gods and goddess, such as the God of Fortune," Xu told the Global Times.

The God of Fortune has traditionally been a popular deity in southern China, and has predictably been an object of devotion among merchants. Statues of the god, who symbolizes peace and prosperity, can often be seen at the entrances of businesses.

With their business thriving, the couple now drives a Porsche and lives in a three-story house in the county's most urbanized area. 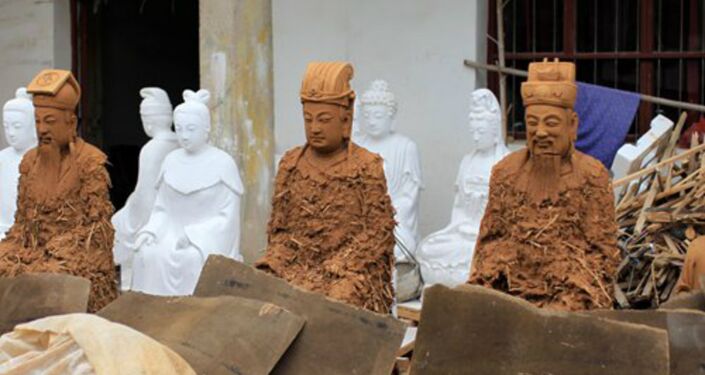 This prosperity comes after some tough years. Xu is the scion of a family that has been making these statues for generations, apart from during the Cultural Revolution (1966-76). In the 1980s, Xu's father restarted the family business. Their sculptures, crafted from a mixture of clay and straw placed on a wooden frame, are made with the same technique used to make the statues placed in the Mogao Caves outside the Gansu Province city of Dunhuang almost 2,000 years a

"After graduation, we thought it would be meaningful to return to our hometown and pass on this tradition," Zhu said.

The couple now owns a statue factory in their county. When larger pieces are commissioned, they make them on-site with their workers.