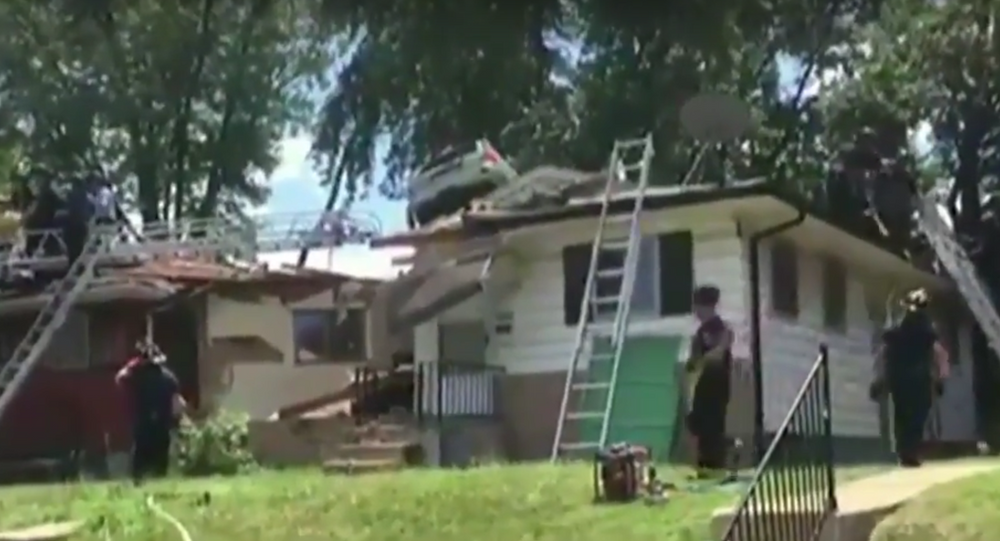 WATCH: Airborne SUV Lands on Top of Home in Missouri

A homeowner in St. Louis came home from the gym to find a large automobile languishing on his roof.

Emergency services were quickly summoned after a driver managed to somehow violently install his SUV on the roof of a residence in St. Louis, Missouri, on Sunday.

​The as-yet-unidentified driver was taken to a local hospital in critical condition, according to local television station ABC13, and his current status is not known.

The homeowner remarked that the home was insured, and added that it is good to be alive.

The gym was not publically thanked.