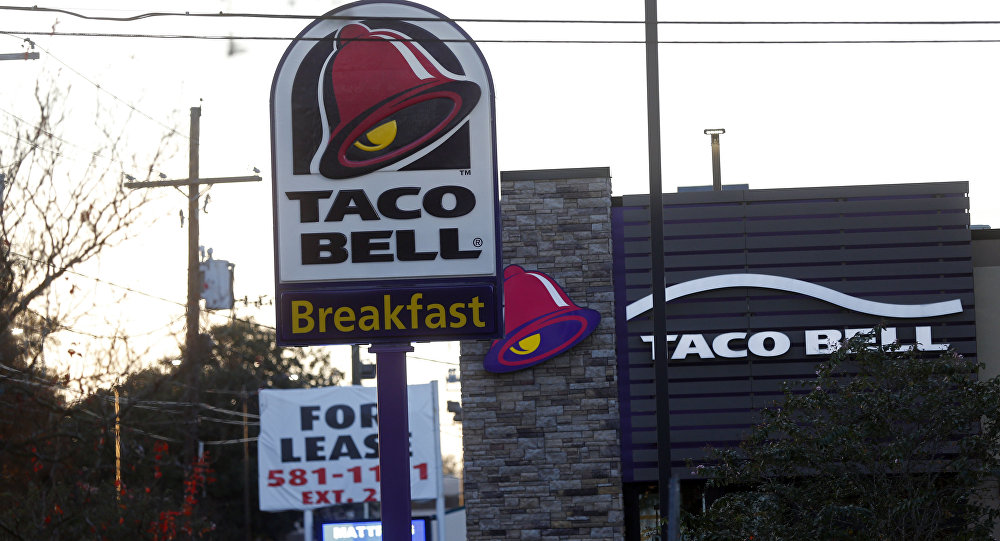 A San Antonio Taco Bell became a tea-for-all as the store’s assistant manager and a former employee chucked tea dispensers at one another in a new viral video. So much for tea having calming properties.

The unidentified individuals in the video were a man and the woman, the former of which identified himself as the store's assistant manager and the woman as a former employee. The two of them can be seen arguing loudly as a man purporting to be the woman's son calls the police.

The former employee then empties the contents of the tea dispenser at the manager, but he dodges the deluge. The manager grabs a dispenser of his own and returns fire, and she replies by throwing the emptied dispenser at him. The woman then rounds the counter and confronts the manager as her son follows to try to mitigate the situation.

"Go ahead! Go ahead! Shut your ass up! F*cking tiny little-ass b*tch! Hell yeah! Hell yeah! What's up?!" the manager shouts at the son before switching to Spanish and removing his shirt and pulling up his pants.

The son retreats as another employee gets involved, telling the manager (whom she calls "Arturo") that the police are coming. The camera then cuts to the drive thru window, which shows a car patiently waiting for its order. The driver, who probably only wanted a chalupa and a Doritos Locos Taco, never appeared to receive their order.

The two of them continue to yell at and curse at one another in Spanish. The ex-employee equips herself with a metal spatula while the manager tells her she'll "walk out of here with a big old gash on your face."

The police walk in and handcuff the ex-employee while she pleads with them to arrest the manager instead. "She was fired … She's here to pick up her last check … I'm the manager, the assistant manager," the shirtless man says.

The video concludes with additional officers taking the son down and handcuffing him. "I don't f*cking get paid enough for this sh*t, man," the manager remarks.